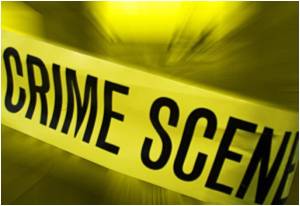 Neuroimaging data can predict the likelihood of whether a criminal will reoffend following release from prison, according to a new study.

The paper studied impulsive and antisocial behavior and centered on the anterior cingulate cortex (ACC), a portion of the brain that deals with regulating behavior and impulsivity.

The study conducted by The Mind Research Network in Albuquerque, N.M, demonstrated that inmates with relatively low anterior cingulate activity were twice as likely to reoffend than inmates with high-brain activity in this region.


"These findings have incredibly significant ramifications for the future of how our society deals with criminal justice and offenders," Dr. Kent A. Kiehl, who was senior author on the study and is director of mobile imaging at MRN and an associate professor of psychology at the University of New Mexico, said.
Advertisement
"Not only does this study give us a tool to predict which criminals may reoffend and which ones will not reoffend, it also provides a path forward for steering offenders into more effective targeted therapies to reduce the risk of future criminal activity," he said.

The study looked at 96 adult male criminal offenders aged 20-52 who volunteered to participate in research studies.

This study population was followed over a period of up to four years after inmates were released from prison.

"These results point the way toward a promising method of neuroprediction with great practical potential in the legal system," Dr. Walter Sinnott-Armstrong, Stillman Professor of Practical Ethics in the Philosophy Department and the Kenan Institute for Ethics at Duke University, who collaborated on the study, said.

"Much more work needs to be done, but this line of research could help to make our criminal justice system more effective," he said.

"People who reoffended were much more likely to have lower activity in the anterior cingulate cortices than those who had higher functioning ACCs," Kiehl said.

"This means we can see on an MRI a part of the brain that might not be working correctly-giving us a look into who is more likely to demonstrate impulsive and anti-social behavior that leads to re-arrest," he added.

The study is set to be published in the Proceedings of the National Academy of Sciences.

Data Shows One in Three Britons Claiming Unemployment Benefits are Criminals
Official statistics have revealed that one out of every three people in Britain claiming ......

Bugs on a Person's Hand can Act Like Fingerprints to Nab Criminals
By comparing the unique collection of bacteria found on a person's hand to those recovered at a ......