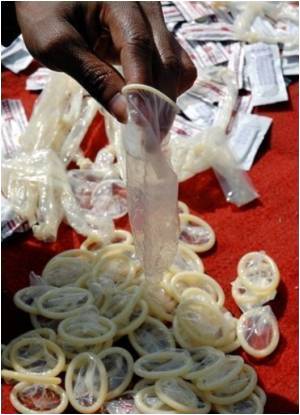 For the first time sales of condoms and birth control in Poland shrank by 10 percent and 3.2 percent respectively over a year as of October 2011, fresh market surveys showed Tuesday.

Further studies of the data compiled by the Nielsen and IMS Health pharmaceutical market analysts due out in February are expected to pinpoint the causes behind this unprecedented contraction in the contraceptives sector.

But leading Polish sexologists already have theories on the reasons behind the shrinking condom market in this devoutly Catholic European Union country of 38 million, and none of them have to do with Church teachings forbidding contraception.


"Youngsters choose condoms more often and there are fewer and fewer of these youngsters, so (condom) producers are feeling it," Professor Zbigniew Izdebski said, quoted by Poland's Puls Biznesu daily.

Interesting information about the use of birth control pills, a debate about the birth control responsibility of men and women and development of hypothetical male contraceptive pill.

The fact that Polish health authorities have not launched any high profile public HIV/AIDS awareness and prevention campaigns in recent years could also contribute to the decline in condom sales, Izdebski observed.

Meanwhile, fellow sexologist Professor Zbigniew Lew-Starowicz suggested that "Poles are choosing other forms of sex more and more often and perhaps this is the reason behind the decline of its traditional form."

But Professor Aleksandra Jodlko pinned the drop in sales squarely on the dampened mood and stresses caused by tough economic times.

Sex is fun but involves health risks such as sexually transmitted diseases (STDs or unplanned pregnancy specially in those who have multiple partners or in those having unprotected sex.
<< Alcohol Consumption Increases Risk of Fetal Alcohol Syndrom...
Simple, Easy Method to Remove Gallstones >>