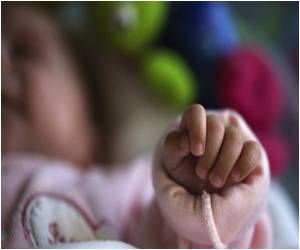 The research was presented this week at the American College of Rheumatology Annual Meeting in San Diego. Systemic lupus erythematosus, also called SLE or lupus, is a chronic inflammatory disease that can affect the skin, joints, kidneys, lungs, nervous system, and/or other organs of the body. The most common symptoms include skin rashes and arthritis, often accompanied by fatigue and fever. Lupus occurs mostly in women, typically developing in individuals in their twenties and thirties - prime child-bearing age.

Recent experimental studies suggest exposure to a mother's antibodies and cytokines while in the womb are important risk factors for autism spectrum disorders (commonly called ASD). Interestingly, women with lupus display autoantibodies and cytokines, which - when studied in animals - have been shown to alter fetal brain development and induce behavioural irregularities in offspring.


Despite these studies, no studies have specifically assessed the risk of ASD in children of women with lupus, and researchers recently aimed to determine if children born to these mothers might have an increased risk of ASD when compared to children born to mothers without lupus.
Advertisement
"A handful of small studies suggest an increased risk of learning disabilities in children born to women with lupus. However, no study has specifically assessed the risk of ASD in offspring of mothers with lupus, explains Evelyne Vinet, MD, FRCPC; assistant professor, Department of Rheumatology; McGill University Health Centre, Montreal; and lead investigator in the study. "We undertook this study because women with lupus often ask: 'Will my disease affect the future health of my children?' By providing evidence to answer this relevant question, our study will help clinicians to appropriately counsel women with lupus who are planning a pregnancy."

The Offspring of Systemic Lupus Erythematosus mothers Registry ( OSLER) is a large, Canadian, population-based cohort which includes all women who have had one or more hospitalizations for childbirth after lupus diagnosis as identified through health care databases between the years of 1989 and 2009. Using OSLER, Dr. Vinet's team compared 719 children born to 509 mothers with lupus to 8,493 children born to 5,824 randomly-selected women without the disease.

The average age of mothers in the study was just over 30 years, and the average time of follow up for the children in the study was just over nine years. Dr. Vinet's team matched each mother with lupus to at least four women without the disease, based on their age and the year they delivered their children. The researchers also took into consideration each mother's demographics, sex and birth order of the children delivered, and obstetrical complications.

Finally, Dr. Vinet's team looked at whether medications taken during pregnancy potentially played a role in ASD diagnosis in this study. They looked at a smaller group of 1,925 children, whose mothers had public drug coverage, and found exposures to medications during pregnancy were rare. In fact, in the 18 ASD cases observed in offspring of lupus mothers with public drug coverage, none of the children were exposed to antimalarials, antidepressants, or immunosuppressants during pregnancy. And, only one child born to a mother with lupus and another born to a mother without the disease were exposed to corticosteroids and anticonvulsants, respectively.

"The findings from this study suggest that, although the absolute risk is relatively small, when compared to children from the general population, children born to women with lupus have a two-fold increased risk of autism spectrum disorders," says Dr. Vinet. "Hopefully, this study will prompt further research on the potential role of lupus-related autoantibodies, such as N-methyl-D-aspartate receptor antibodies, in ASD. In the meantime, women with lupus who are contemplating a pregnancy should discuss with their physician to ideally plan the pregnancy at a time of low disease activity and review the safety of their medications."

The American College of Rheumatology is an international professional medical society that represents more than 9,000 rheumatologists and rheumatology health professionals around the world. Its mission is to advance rheumatology. The ACR/ARHP Annual Meeting is the premier meeting in rheumatology. For more information about the meeting, visit http://www.acrannualmeeting.org/ or join the conversation on Twitter by using the official hashtag: #ACR13.

Editor's Notes: Dr. Vinet will present this research during the ACR Annual Meeting at the San Diego Convention Center at 9:15 AM on Wednesday, October 30 in 28 D. Dr. Vinet will be available for media questions and briefing at 1:30 PM Tuesday, October 29 in the on-site press conference room, 27 AB.

Background/Purpose: Recent experimental data suggest in utero exposure to maternal antibodies and cytokines as important risk factors for autism spectrum disorders (ASD). Interestingly, women with SLE display autoantibodies (e.g. anti-N-methyl-D-aspartate receptor and antiphospholipid antibodies) and cytokines (e.g. interleukin-6), which, in animal models, alter fetal brain development and induce behavioural anomalies in offspring. To date, no one has specifically assessed the risk of ASD in children of SLE mothers. Using the "Offspring of Systemic Lupus Erythematosus mothers Registry (OSLER)", we aimed to determine if children born to SLE mothers have an increased risk of ASD compared to children born to mothers without SLE.

Methods: OSLER is a large population-based cohort, which includes all women with atleast 1 hospitalization for delivery after SLE diagnosis, identified through Quebec's universal healthcare databases (1989-2009). OSLER also includes a randomly selected control group of women, matched at least 4:1 for age and year of delivery, who did not have a diagnosis of SLE prior to or at the time of delivery. We identified children born live to SLE mothers and their matched controls, and ascertained ASD based on database follow-up. We performed multivariate analyses to adjust for maternal demographics, sex and birth order of child, and obstetrical complications. In a subsample analysis of children with maternal public drug coverage throughout pregnancy, we further assessed relevant in utero medication exposures.

Conclusion: Compared to children from the general population, children born to women with SLE have a substantially increased risk of ASD. Our findings are supported by previous experimental data and should prompt further research on the potential role of SLE-related autoantibodies, such as N-methyl-D-aspartate receptor antibodies, in ASD.

Source: Newswise
Advertisement
<< Work Out More to Reduce Risks of Breast Cancer
Children and Young Adults With Autoimmune Diseases Are Not ... >>

Research Explores Recurrence Risk for Autism Spectrum Disorders for Siblings
The recurrence risks for autism spectrum disorders in siblings varied from 4.5 percent to 10.5 ......

Alterations to Symptom Structure in DSM-5 Support Diagnosis of Toddlers With Autism Spectrum Disorder
A study demonstrates support for the changes in autism symptom structure for toddlers with autism....

Network Analysis of Brain may Explain Features of Autism Spectrum Disorders
By looking at how the brain processes information, researchers finds a distinct pattern in children ...