Changes in Environmental Policy to Prevent Cancer, an Effort by HEAL 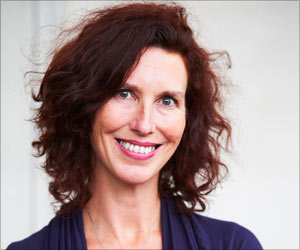 The primary prevention of cancer through changes in environmental policy was the focus of the World Cancer Day Conference in Malta. The events were held under the patronage of Her Excellency Marie Louise Coleiro Preca, President of Malta.

'Environmental policy as a lever in cancer prevention' was the keynote address given by Génon K. Jensen, Executive Director of Health and Environment Alliance (HEAL) in Brussels. HEAL brings together more than 70 networks and groups that are concerned about how the environment affects health in Europe.
Advertisement

"We chose this theme because the European Union is leading the world in environmental policy to promote health. We want to make sure policy makers and all stakeholders in Malta and elsewhere know how to maximize the potential," said Esther Sant, Chairperson of Action for Breast Cancer Foundation.


Scientific evidence linking the risks of cancer with environmental factors has increased dramatically in recent years. The World Health Organization's cancer agency (IARC) has officially recognised air pollution as a contributor to lung cancer.
Advertisement
In the recent years, Europe has an increased incidence of hormonal cancers, such as those of the breast, prostate and testes, which are linked to chemical exposures.

A recent report from Nordic governments on health costs suggested that up to 40% of testicular cancer might be due to exposure to endocrine disrupting chemicals.

Environmental exposures are among the likely causes, especially exposure to certain harmful "hormone disrupting" chemicals found in everyday products, such as food and beverage containers and cosmetics.

HEAL focuses on policy changes at the EU level. But some of our members work closely with their governments on environmental protection to prevent cancer at national level. France now addresses environmental pollutants in their national cancer plans. With the Malta Cancer Plan coming to an end this year, the Maltese Government has a great opportunity to strengthen this component in future anti-cancer strategy and plans.

Penile Cancer
Penile cancer or cancer of the penis often affects adult males. Penile cancer may be treated with .....