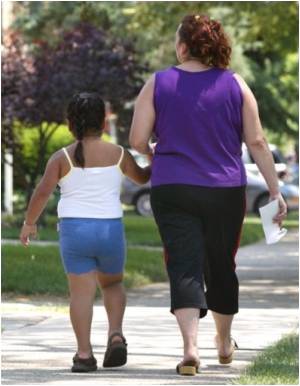 It is very clear that with modern lifestyles, excessive weight is an increasingly common condition resulting in greater health risks.

Now, surgeons in the UK are urging lawmakers to change a rule that allows weight-loss surgery on fat people before they become dangerously overweight, reports the Daily Express.

They are trying to convince Health Secretary Andrew Lansley that the move could save the National Health Service millions of pounds a year by cutting weight-related diseases such as diabetes, heart disease and strokes.


NHS guidelines class anyone with a body mass index over 30 as obese, but bar lap band surgery on anyone with a BMI of under 40. Surgeons want the NHS threshold lowered to 30, in line with recent changes in America.

Childhood obesity is one of the most serious health challenges in the developing countries and needs to be understood and tackled effectively.
Advertisement
"We now have strong evidence that earlier intervention is better for the patient and is very cost effective for the health service," said David Kerrigan, who runs the obesity surgery group Gravitas in Buckinghamshire.

"If you stop someone having lifetime diabetes the operation pays for itself within a few years. You prevent all sorts of complications including loss of eyesight, risk of limb loss and possibly kidney failure," said Professor Alberic Fiennes, of The British Obesity and Metabolic Surgery Society.

Over 1 billion people world-wide are obese thus affecting their health due to their nutrition and lifestyle. 3.9% of India's population is obese! Know more about obesity and its prevention.
Advertisement
<< Bad Advice Blamed as Most Aussies Failed to Lose Weight in ...
Cancer Cells Killed More Effectively by Novel Peptide as Co... >>

Noscaphene (Noscapine) Find a Hospital Vent Forte (Theophylline) How to Reduce School Bag Weight - Simple Tips Hearing Loss Calculator Color Blindness Calculator Post-Nasal Drip Accident and Trauma Care Drug - Food Interactions A-Z Drug Brands in India
This site uses cookies to deliver our services. By using our site, you acknowledge that you have read and understand our Cookie Policy, Privacy Policy, and our Terms of Use