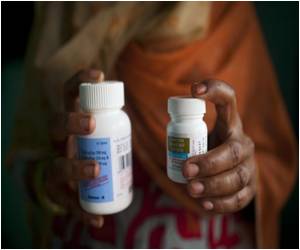 The survey queried oncology pharmacists and others involved in managing cancer drug shortages for academic medical centers, community hospitals and other cancer treatment facilities nationwide. Of the 243 individuals who completed the survey, 98 percent reported having dealt with a shortage of at least one chemotherapy agent or other essential cancer-related drug in the previous 12 months. Ninety-three percent reported that shortages forced delays in chemotherapy administration or other changes in cancer drug therapy.


Researchers found the shortages also disrupted cancer research and added to the cost and risks associated with cancer treatment. One institution linked a patient's death to a shortage-related medication mistake. Overall, 16 percent of respondents tied shortages to adverse patient outcomes, including disease progression or more treatment-related complications.
Advertisement
The survey is the first to focus specifically on the impact of cancer-related drug shortages. It was conducted by the Hematology/Oncology Pharmacy Association and focused on a 12-month period ending in October 2011. The results appear in the April 1 edition of the American Journal of Health-System Pharmacy.

"This survey documents the risk that drug shortages pose to cancer patients of all ages,"said the study's senior author, James Hoffman, Pharm.D., an associate member of the St. Jude Department of Pharmaceutical Sciences and the hospital's medication outcomes and safety officer. "To cure cancer patients we must often use complex treatment regimens, and shortages add unnecessary complexity. Unlike medications for other diseases, there are few, if any, therapeutically equivalent alternatives available for many oncology drugs in short supply."

The survey follows an earlier St. Jude-led study that linked a shortage of the chemotherapy drug mechlorethamine to a greater risk of relapse for some young Hodgkin lymphoma patients. Relapse meant those patients underwent additional intensive therapy that left them at greater risk for infertility and other treatment-related health problems later.

Multiple factors contribute to drug shortages, including manufacturing and quality problems, production delays and discontinuations. Earlier studies have shown that most shortages occur in the supply chain of generic injectable drugs, particularly medications to combat cancer and infections. In 2012, new federal legislation gave the U.S. Food and Drug Administration additional tools to prevent and ease drug shortages, including requiring manufacturers to report anticipated supply problems of key medications. "While the FDA and others have worked diligently to address the problem, additional action is needed to address continuing shortages," Hoffman said.

The survey found shortages increase health care costs as scarcity drives up the price and requires staff time to manage the problem. About one-third of institutions in this survey reported pharmacy staff spent at least 20 hours each week working on issues related to the drug shortage. That included time spent trying to find scarce medications to purchase or identify alternatives. Eighty-five percent of respondents reported shortages led to higher medical costs.

Drug shortages also disrupted the clinical trials that are essential for developing new cancer treatments. This survey found that shortages forced 44 percent of institutions to either halt or delay enrollment in clinical trials. The problem also led some providers to change or omit medications.

In this survey, the drugs most frequently reported as being in short supply were fluorouracil, leucovorin, liposomal doxorubicin and paclitaxel. Such shortages hit patients battling ovarian, breast and colorectal cancers particularly hard. For some patients, the survey found shortages meant traveling to other institutions for treatment or receiving alternative medications. For other patients, it meant treatment was delayed or continued with either lower doses of the missing drugs or without the drugs at all.

Combining Cancer Drug With Drugs Made from Naturally Occurring Toxins Could Increase Its Effectiveness
HOUSTON -- (Feb. 11, 2013) -- Cancer researchers from Rice University suggest that a new man-made .....

Anticancer Drug Does Not Accelerate Tumor Growth After Treatment Ends: Findings
Concerns that tumors may grow faster after the anticancer drug sunitinib is discontinued were ......