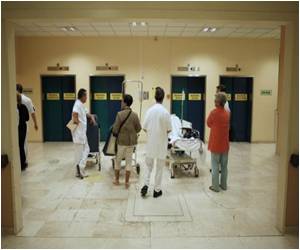 A new study has identified barriers that clinicians face in correctly ordering appropriate laboratory tests and highlight some solutions that may simplify this process and improve patient outcomes.

The study involves researchers from the Boston University School of Medicine (BUSM). The study, published in the March 2013 issue of the Journal of General Internal Medicine, was led by Elissa Passiment, EdM, of the American Society for Clinical Laboratory Science and James L. Meisel, MD, associate professor of medicine at BUSM.

Passiment, Meisel and colleagues identified a number of significant problems, including the multiplicity of names and abbreviations used for a laboratory test, as well as the complexity and lack of standardized test nomenclature. As an example, they note that the commonly ordered laboratory test "brain naturetic peptide (BNP)" has a number of other names and abbreviations and looks and sounds similar to another commonly ordered test, "basic metabolic panel (BMP)." The incorrect ordering of such tests can lead to increased medical cost, physician frustration, and at worst, delayed diagnosis and treatment. This has been perceived as having a direct impact on patient safety. The AHRQ Patient Safety Network (PSNet) cited the article in the January "What's New" feature of patient safety literature, news and other resources.


"We found that attempts to standardize or establish a naming convention for laboratory tests were either short-lived or did not yield systems that were clinician or patient friendly," said Passiment.
Advertisement
The researchers suggest that certain technologies and programs that are familiar to many people could clarify some of the issues highlighted in this study. For example, search engines such as GOOGLE and BING help guide users to the most appropriate search results. If similar technology was employed in ordering laboratory tests, it could help guide clinicians towards identifying the appropriate tests, as well as conditions that would warrant the ordering of specific tests.

"Clinical laboratory tests lose their efficacy when clinicians are unable to quickly obtain accurate test results in a timely manner," said Meisel. "The goal is to have a system that clinicians find convenient, flexible and fast to best ensure the correct ordering and interpretation of laboratory tests."

The issues highlighted in this study will become more relevant as clinicians depend increasingly on electronic systems. "In the end these systems should be set up to mimic - as much as possible - the type of interaction a clinician would expect with a knowledgeable and helpful human being," added Meisel.

Clinicians can Now Predict Ill-Effects of Radiotherapy More Accurately
Thanks to a pilot study which might help identify those at higher risk, clinicians can now predict ....

Online Access to Clinicians Have Increased the Use of Clinical Services
According to a study appearing in JAMA , patients with online access to their medical records ...