Britons Consuming Double the Amount of Alcohol from 50 Years Ago 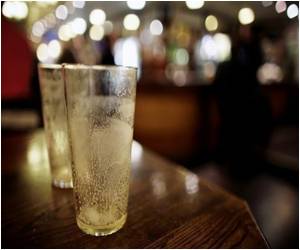 Even though rates of alcohol-related cancers are on the rise, Britons continue to drink more with recent figures showing that the amount of alcohol currently consumed is nearly double from that of what was consumed 50 years ago.

Cancer charities are calling for a ban on cheap alcohol.

Alcohol Health Alliance UK, a group of 24 organisations aiming to reduce the damage caused to health by alcohol misuse, found Britons drank 91 percent more alcohol per person in 2010 than in 1960, Daily Express reported.


The number of people suffering from alcohol-related cancers jumped from 29,400 in 2002-03 to 37,600 in 2010-11. The disease kills about 3,200 people in England annually. But 40 percent of the Britons are unaware that alcohol can cause cancer.
Advertisement
"This report clearly demonstrates that alcohol is one of the most important preventable causes of cancer in the UK and provides yet more evidence of the need for strong government action, including a minimum unit price for alcohol," said Ian Gilmore, chair of the Alcohol Health Alliance.

"It's not just heavier drinkers who are at risk," said Sarah Woolnough of Cancer Research UK.

"We are also calling on the government to take steps to make alcohol less affordable and attractive which will help reduce the amount of alcohol people drink."