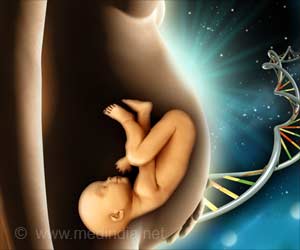 Cell-free DNA (cfDNA) testing for Down syndrome in twins is found to be as effective as in singletons with a detection rate of 98% and only a 0.05% rate of misdiagnosis, according to a new analysis published in Ultrasound in Obstetrics & Gynecology.

cfDNA testing involves analyzing fetal DNA in a maternal blood sample. It is a non-invasiveness and highly accurate test for Down syndrome in singleton pregnancies, but its effectiveness in twin pregnancies has been unclear.

Advertisement
‘Mothers carrying twins should not be denied the safe and effective test named Cell-free DNA to screen Down syndrome.’
Read More..

The analysis combined information from a dataset of 997 twin pregnancies in addition to results from seven previously published studies.


In many countries, including the United States, cfDNA testing is not recommended for use in twin pregnancies. These latest findings provide compelling evidence that mothers carrying twins should not be denied this safe and effective test.