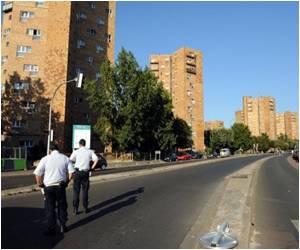 It has emerged that France has topped the poll as being the best place to emigrate.

In a poll by the Overseas Guide Company (OGC), the city was followed by former favourite, Spain, then Greece, Cyprus, Italy and Portugal, while Australia and New Zealand have sunk again.

The survey suggested that people wanted to be closer to home and family, even though they are emigrating.


The OGC which bases its predictions on requests for information found that 33 percent of all the enquiries were for France, the Daily Express reported.

Get a LASIK done for laser- sharp eyes. If traveling abroad for treatment Consult Us First for affordable options.
Advertisement
One major change, however, is that the euro has weakened considerably in the past two months as a result of interest rate announcements.

Richard Way, editor at OCG said that getting a mortgage in France has never been cheaper.

Way added the ski property markets in France and Switzerland have outperformed other holiday home markets in the eurozone - thanks to limited supply, a very lifestyledriven target audience and strong international appeal.

Medical Tourism has become a serious enterprise in India over the last two years. However some hospitals have been practicing it for quite a few years.
Advertisement
<< Diet Secrets Revealed by 'Oldest Woman in Europe'
Yakuza Mobsters of Japan are Becoming 'Goldman Sachs With G... >>