Bacterium to Turn Toxic Waste in to Biodegradable Plastic Discovered

Some cheerful news on the environmental front. Two Irish scientists, Kevin O'Connor and Patrick Ward, of the Department of Industrial Microbiology at University College Dublin, have announced that they have discovered a bacterial strain that could help convert toxic waste into safe, biodegradable plastic.

Bacteria can live and grow pretty much anywhere, from boiling springs to deep sea, solid rock to stomach acid. Their versatility is at the heart of countless past successes of the biotech industry as well as current efforts, including several by scientists striving to develop toxin-reducing strains such as oil-eating bacteria. But O'Connor and Ward's bacteria go a step further and produce a useful end product.

"Our bacteria detoxify styrene and return it to us as a green plastic," said O'Connor.


Styrene is found in many types of industrial effluent, and in the United States alone it accounts for 55 million pounds of hazardous waste every year. It causes lung irritation and muscle weakness, and affects the brain and nervous system in people and animals. Up to 90,000 workers in the polystyrene industry are potentially exposed to styrene, so a method of disposing of it safely would have health, as well as economic, benefits.

"The current methods of dealing with waste styrene include underground injection, spreading it on land or burning it in incinerators to generate energy, which results in toxic emissions," said Ward. "We all use plastics in our everyday lives, from disposable drinking cups to car parts, so millions of tons are made, used and discarded every year. But the slow rate of degradation of polystyrene means that it can last thousands of years in our environment."

To tackle the problem, the Irish scientists turned to a species of bacterium, Pseudomonas putida, that occurs naturally in soil and can live on styrene. They grew it in a bioreactor with styrene as the sole source of carbon and energy. Their efforts resulted in the isolation of the styrene-eating Pseudomonas putida strain CA-3, which converts styrene into the plastic polymer PHA as a stored energy source. PHA or polyhydroxyalkanoate is a type of biodegradable plastic.

"All of the available styrene was converted into PHA, and thus the process completely removes the pollutant," said O'Connor. "The plastic made by the bacteria is an elastic type polymer, which has a wide range of potential industrial and commercial uses such as medical implants, scaffolds for tissue engineering, wound management, drug carriers, plastic coating of cardboard and heat-resistant plastic."

O'Connor and Ward announced their discovery Sept. 8 at the 155th meeting of the Society for General Microbiology, held at Trinity College Dublin.

"We are working on a small scale at the moment but we are beginning pilot-scale fermentations to look at scaling up the process," said O'Connor.

In Europe, biotechnology is color-coded: "green" for agriculture, "red" for medicine and "white" for industry. White biotech is increasingly looked to as a method of saving energy and reducing waste, and the Dublin team hopes that industrial partnerships will help with the development of large-scale processes. The team members also plan to increase the conversion efficiency of styrene to PHA through genetic engineering.

"I think we'll see a lot more of this type of technology in the future," said O'Connor. "Sustainable development and clean production through white biotechnology is the way forward. Not only bacteria to clean up the mess we make -- as in oil-eating bacteria -- but to prevent the mess in the first place."

World Waking Up to the Plastic Plague, US too Forced to Act
Plastic is an environmental disaster. The world is slowly waking up to the danger and the campaign against the use of plastic is gathering momentum in US.
READ MORE

Giant Microwave That Recycles Plastic Back into Diesel, Gas
A US company is taking recycling to another level - turning back plastics into the oil they were made from, and gas
READ MORE

Priests Deem Durga Puja an Eco-friendly Festival This Year
Durga Puja is gearing up to go eco-friendly this year as eminent group of the priests have instructed fellow priests to perform the rituals without the use of plastic.
READ MORE 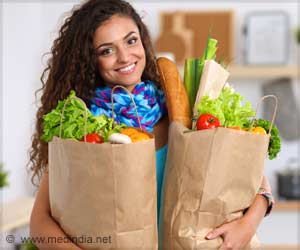