Women Are Predisposed to Switch Mates as Back-up Plan 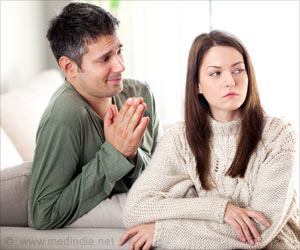 Humans have evolved to have monogamous relationships, especially women are predisposed by their genetics to have affairs as "back-up plans'" if their relationships fail, according to a research paper.

Scientists at the University of Texas have put forward the "mate-switching-hypothesis" which says humans have evolved to keep testing their relationships and looking for better long-term options.

Read on for the different kinds of relationship problems and top tips and advice to help your relationship flourish and grow.
Advertisement
‘Breaking up with one partner and mating with another may more accurately characterise the common, perhaps the primary, mating strategy of humans.’
Tweet it Now


Professor Robin Dunbar of Oxford University said, "Human behaviour is influenced by many factors, such as the environment and life experience, and what happens in the womb might only have a modest effect on something as complex as sexual relationships."

What's a scalp tattoo? Is it a cure for baldness in both men and women? Is it safe? Read on to get answers to all your questions on scalp tattoo.
Advertisement
Dr Buss said: "Affairs serve as a form of mate insurance, keeping a back-up mate should a switch become warranted in the future."

Another study carried out by Rafael Wlodarski and a team of researchers at Oxford University looking into infidelity found a correlation between the length of a individual's ring finger and the likelihood that they would cheat on a partner. However, they stressed that they could not find a causal link.