Women are Better at Multi-Tasking Than Men 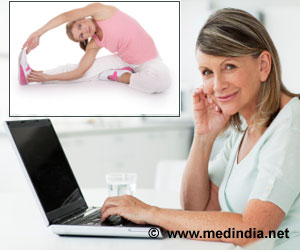 Researchers at University of Pennsylvania, including one of Indian origin, have finally found the proof that women are indeed better at multi-tasking compared to men.

The researchers made use of diffusion MRI imaging to map out the neural circuitry of the brains of 949 young men and women and found that the brains of women have far better connections between the left and right sides of the brain while men's brains have more intense activity in the individual parts, especially in the cerebellum, which controls motor skills.


"The research shows that if women and men are given a task that involves both logical thinking and intuitive thinking, women will do it better - they are better at connecting the left and the right sides of the brain. If you have an instant action to be performed and you need to do it now, male brains are more attuned to it because the front-back action is more intensely connected", lead researcher Dr Ragini Verma said.

Hair loss or Alopecia can be emotionally devastating to women but understanding reasons behind hair loss can help in prevention and treatment of hair loss.
Advertisement
<< Glove Left Behind by Surgeons in Woman's Body After Hystere...
Survey Finds British Teens Lag Behind Counterparts in China... >>