With Government Harassment, It's an Uphill Task for China's AIDS Activists 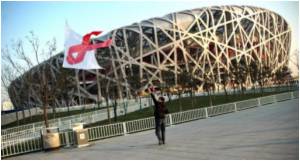 Wan Yanhai, China's top AIDS activist, said he suffered years of harassment from authorities which eventually came to a head earlier this year when he fled to the United States with his family.

He is just one of the nation's AIDS campaigners who face ongoing pressure -- a situation that is hampering China's efforts to improve HIV prevention and control, activists and experts say.

"The situation for AIDS activists is really not hopeful," said Lan Yujiao, one of the staff members of Wan's organisation Aizhixing who remains in Beijing to continue his work.


"And I don't think this situation will change any time soon," she told AFP.

China says that at least 740,000 people are living with HIV, but campaigners say the actual figure could be far higher.

Encyclopedia section of medindia explains in brief about the prevention for AIDS/HIV
Advertisement
The head of UNAIDS, Michel Sidibe, warned last year that 50 million people in the country were at risk of contracting the AIDS virus, mainly through unprotected sex or the sharing of needles.

Faced with this problem, the government has started talking more openly about HIV prevention and control in China, where people with AIDS still encounter huge discrimination in employment, education and healthcare.

In 2007, China allowed the first TV ad campaign promoting the use of condoms and last year, the health ministry and the United Nations launched an ad against HIV discrimination featuring basketball star Yao Ming.

This April, China announced it had lifted a longstanding ban on HIV-positive foreigners entering the country, in a move applauded by UN Secretary General Ban Ki-moon and the World Health Organisation.

But the hassling of some independent campaigners and organisations -- a theme likely to be discussed at the six-day International AIDS conference opening in Vienna on Sunday -- has nevertheless continued.

Like Wan, high-profile AIDS activist Gao Yaojie left China for the United States last year due to ongoing pressure. AIDS campaigner Hu Jia was sentenced to more than three years in prison in 2008 on subversion charges.

Wan told AFP in May that he fled China because he feared for his safety.

He said he had been under constant pressure from police, tax authorities and other government departments until his departure. In the past, he had been detained several times or placed under police surveillance for his activities.

"Look at Mrs Gao and Mr Wan... who threw themselves into AIDS prevention work very early on. They faced huge pressure -- they were monitored, harassed, and they had no alternative but to leave China," said Lan.

According to its website, police threatened the group's temporary leader in June and told him he could be arrested at any moment if he continued his involvement in the organisation.

Last week, Aizhixing was due to screen a documentary on a student living with HIV but the show was postponed after police interviewed staff, citing a need to "maintain stability" as a reason for the questioning, Lan said.

Joe Amon, head of the health and human rights division of Human Rights Watch, says civil society groups are crucial for HIV prevention work among high-risk people such as drug users or sex workers who distrust the government.

"By preventing NGOs and activists from having a voice, the government is essentially cutting off those most at risk from information and services critical to both prevention and treatment," he said.

Experts say part of the problem lies in Beijing's distrust of independent organisations -- an issue the health ministry and civil society representatives tried to address this month by pledging to work together on AIDS.

"The challenge you have in China is that whilst the Ministry of Health is inching towards engagement with civil society, that's not necessarily true of the government as a whole," said Mark Heywood, an adviser to UNAIDS.

Heywood added that the government was uncomfortable with the advocacy role of some non-governmental organisations and activists who drew attention to issues such as corruption and drug shortages.

Aizhixing's Lan agreed, saying: "I think that we maintain an attitude of independent criticism, and they don't want to see that."

And according to Heywood, prominent groups such as Aizhixing are not alone.

"Many of the organisations that I've worked with tell similar tales... being informed that they can't hold a meeting or being approached by the police to explain particular activities," he said.

Still, Corinna-Barbara Francis, a London-based China researcher for Amnesty International, said that an increasing number of these grassroots groups were being allowed to operate in China.

"To the extent that they don't take on a high profile... they tend to be left to operate. But they have very few resources and if they try to push the boundaries, then they get into trouble," she said.