A recent report by the Ministry in Jamaica has revealed that over 1,000 per-sons develop AIDS annually in Jamaica, in a paper that has now come before the House of Representatives.

Although several people infected with the HIV virus live healthy lives for several years without developing the full-blown disease, many others don't.


The report examines the performance of the National HIV/STI Control Programme, and states that there have been 6,000 deaths since the onset of the epidemic in 1982.


According to the estimates of the Ministry of Health estimates 15,000 people of the 25,000 are not aware of their status and that in spite of the National HIV/STI Control Program preventing about 100,000 new HIV infections, the epidemic continues to grow.

Some of the factors that have been identified as contributing to the continued spread of HIV in Jamaica include illiteracy, poverty, unemployment and gender relations.

Besides that, the stigma associated with HIV/AIDS and discrimination against persons living with HIV/AIDS has contributed to the population increasingly vulnerable by driving the epidemic underground.

The document has called attention to the several sensitive social issues that need to be addressed, as well as the need to ensure that all young persons are effectively reached with HIV/AIDS education and safe skills through the education system.

The need for further expansion of the HIV/AIDS education programs in the schools, workplace and community has also been noted. 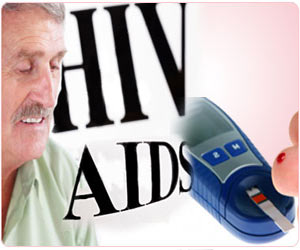