Substances With Anti Tumor Properties Synthesized With One Step Process 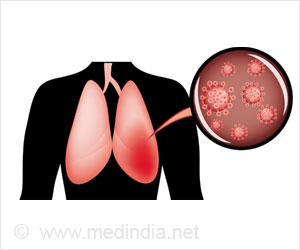 A number of new cytotoxic substances the ones that can damage cells was synthesized by domino reaction, a successive formation of several new chemical bonds.

Alkaloids of the lamellarin group - the substances derived from Lamellaria mollusks - are known to have cytotoxic and immunomodulatory (immune-regulating) activity as well as anti-inflammatory properties. Lamellarin compounds are of great interest at the moment to scientists looking for a substance with high anticancer activity.

Advertisement
‘Cytotoxic substances the ones that can damage cells can be used to fight tumor cells that cause lung cancer, intestinal cancer, cervical cancer.’

One of the methods for synthesizing new organic compounds is the domino reaction, a process in which several new bonds are formed successively, just like dominoes put in a row fall one after another if you push the last of them. The initial stage of synthesis is crucial.


The first stage of the reaction is nucleophilic addition. During this reaction the molecule is affected by a nucleophilic reagent, or nucleophile. Such reagents generally include particles (anions or molecules) with an unshared electron pair at an external electronic level (as, for example, in OH-, Cl-, Br- and water molecules).
Advertisement
Scientists used the nucleophilic addition reaction for α, β-unsaturated compounds containing not only single carbon-carbon bonds, but also double ones. The carbon atoms in the chain are numbered with the letters of the Latin alphabet: this means that the in α, β-unsaturated compounds the second and the third carbon atoms have a double bond. This process is known as Michael's addition.

Domino reactions involved 1-aroyl-3,4-dihydroisoquinolines and aldehydes with a multiple bond. As a result, there was a consecutive generation of several intermediate substances - the intermediates. During the domino reaction RUDN University chemists were able to obtain a number of pyrrolo[2,1-伪]isoquinolines with an aldehyde functional group in just one step.

The resulting compounds showed cytotoxic activity in a number of tumor cells (lung carcinoma cells, intestinal carcinomas, cervical adenocarcinomas and sarcoma cells) during primary bioscreening. The bioscreening was carried out by scientists from the Institute of Physiologically Active Compounds (IPAC), RAS.

More News on:
Tumor Markers For Cancer Diagnosis and Prognosis

Possible Molecular Basis to Associations Between Alzheimers Disease, Glioblastoma and Lung Cancer Identified
Genetic changes may be able to explain increased risk of glioblastoma in Alzheimer's disease and ......

High Dose Vitamin B Supplements can Increase Risk of Lung Cancer
Men who took high-dose supplementation of vitamins B6 or B12 appeared three to four times more ......