Overdose Epidemic from Illegally Made Fentanyl in US 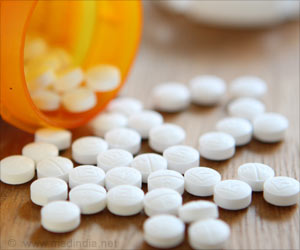 Health authorities reveal that painkillers containing illegally made fentanyl, a synthetic drug up to 100 times more potent than morphine, are responsible for a surge in overdose deaths in the United States.

Pop legend Prince, who died of an accidental overdose of fentanyl in April, is the latest high-profile victim of the addictive and often-counterfeit pills that are sweeping the nation.

In 2010, Florida passed laws against pill mills, where drug enforcement programs resulted in the arrest and prosecution of doctors operating these clinics.
Advertisement
‘Since the 1960s, fentanyl has been used for anesthesia purposes, and today it is often prescribed for cancer pain and other chronic ailments.’

A new report by the US Centers for Disease Control and Prevention found "substantial increases in fatal synthetic opioid involved overdoses, primarily driven by fentanyl-involved overdose deaths" in multiple states since 2013.


"In contrast to the 2005?2007 fentanyl overdose outbreak, when deaths were confined to several states, the current epidemic is unprecedented in scope," the CDC said in its Morbidity and Mortality Weekly Report.

Heroin Overdose Death On The Rise In New Hampshire

In 2015, about 450 overdose deaths were reported in New Hampshire, up from 380 the previous year. At least one person dies every day of an overdose.
Advertisement
Fentanyl has been used for anesthesia purposes since the 1960s, and today it is often prescribed for cancer pain and other chronic ailments. Illegally made versions of it began to skyrocket in 2013. Traffickers often incorporate it in counterfeit pills or add it to heroin, which can kill the drug user by shutting down his or her respiratory system.

Although fentanyl deaths are not reported separately in national data registries, CDC researchers were able to outline the scope of the problem by analyzing synthetic-opioid deaths, along with law enforcement seizures of drug products that tested positive for fentanyl.

"Analyses also were conducted on data from 27 states with consistent death certificate reporting of the drugs involved in overdoses," said the study. Researchers found that law enforcement seizures of products with fentanyl rose 426 percent from 2013 to 2014.

Meanwhile, synthetic-opioid deaths increased by 79 percent during the same period, and researchers found that police fentanyl discoveries were "were strongly correlated with increases in synthetic opioid deaths." There was no change in fentanyl prescription rates that could have explained this rise in use and deaths, the report said.

The number of heroin overdose deaths in the US tripled between 2010 - 2014, while deaths from opioid drugs such as fentanyl almost doubled.
Advertisement
<< Kids With Food Allergies Predisposed to Asthma, Rhinitis
The Relationship Between Low Physical Activity and Psychoti... >>

The powerful painkiller was found to be responsible in 64 out of 201 illicit drug overdose deaths in the province in the first three months of 2016.