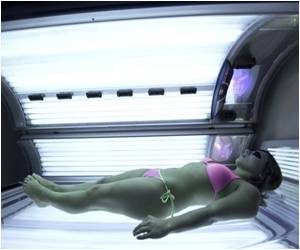 A new law banning under 18-year-olds and people with fair skin from using sunbeds would come to effect by the end of this year in New Zealand. The Health Act would also be amended to include key points of National MP Paul Hutchison's member's bill.

Melanoma summit in Wellington included 232 participants including plastic surgeons, GPs, nurses, pathologists and health promoters. With an estimated 67000 new cases of non-melanoma skin cancer every year in New Zealand and increasing incidence of melanoma, various preventive measures were discussed in the summit.

Mr Hutchison said that the new rule aimed to prevent avoidable harm from ultraviolet (UV) radiation in solaria, sunlamps, sunbeds or tanning units by placing restrictions on the quantity of UV light used and restricting who could use the devices.


Currently under voluntary regulations sunbed operators are expected to make their customers aware of the side effects of using sunbeds. The harmful effects include premature aging, corneal burns, cataracts, ocular melanoma, and photo dermatitis. However, it is noticed that many operators do not comply with the standards.

According to WHO, melanoma risk increases by 75% when sunbeds are used before 30 years of age.

The summit is hosted by the Melanoma Network executive committee and the Health Promotion Agency.

Source: Medindia
Advertisement
<< Public Health May be Improved by Banning the Use of Trans F...
Ten-Year-Old Boy Succumbs to Meningitis After Pleading for ... >>

Skin Cancer Risk Lowered in Women With Prolonged Intake of Aspirin
Regular intake of aspirin for longer duration could drastically reduce the risk of skin cancer in .....