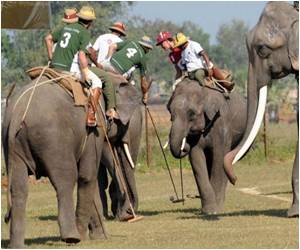 It will be easier to import elephants, giraffes, rhinos and all other such non-domestic hoofed animals thanks to the new EU rules that were agreed upon.

The rules approved by the Standing Committee for the Food Chain and Animal Health (SCOFCAH) will simplify "the safe import of these animals and reduce the risk of illegal imports", a European Union statement said.

"The animals covered by the new rules are not intended to enter the food chain but only for public display, education, conservation of the species and other scientific purposes," it added.


Up until now the importation conditions for non-domestic ungulates -- animals with hoofs -- were extremely stringent, hindering the import of animals which are often of endangered species and sought for conservation programmes.