Kids Born to Older Mothers Start Off on Better Note 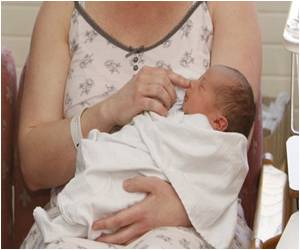 A new study has claimed that children born to older mothers appear to have a healthier start in life as they are less likely to be admitted to hospital and more likely to have vital immunisation shots.

The new study also found that children with older mothers experienced faster language development and suffered fewer social and emotional difficulties before the age of five.

Complications in pregnancies for older women can be reduced when right kind of medical care and facilities is available.
Advertisement

For the study, researchers from University College London analysed data from more than 78,000 children born in England between 2000 and 2002. The mothers were between 13 and 57 years of age.


According to the authors, older mothers tend to be more educated, have higher incomes and be married.

In developed countries, there has been a strong trend towards later childbearing. In England and Wales, the number of births to women 40 and over trebled from 1989 to 2009 to almost 27,000.

Women born to mothers aged over 39 years and above have a higher risk of developing breast cancer, shows study.
Advertisement
Although there has been substantial research on young mothers and childhood development, there is little evidence of any effects of older mothers, the Daily Mail reported.

So the team looked at outcomes including child weight, accidents, hospital admissions and language development.

Results showed that both the risk of accidents and hospital admissions decreased with increasing maternal age.

The risk of a nine-month-old child with a 20-year-old mother having an accident was 9.5 per cent. This fell to 6.1 percent for a mother of 40 and the decline continued for three and five-year-olds.

Similarly, at nine months, the risk of a child with a 20 year old mother being hospitalised was 16 percent which fell to 10.7 percent for a mother of 40.

Late birth has proved to reduce the risks of womb cancer by 44%. Those mothers who had their last delivery at their 30s and 40s showed to have a healthier uterus than the young mothers.
Advertisement
<< Thai Royal Insult Inmates 'pariahs' Illtreated in Prison
New Study Attempts to Reverse Autoimmunity in Type 1 Diabet... >>

Test Your Knowledge on Lung Transplantation
View all
News Archive
News Resource
Advertisement
News Category
How to Deal With Menopause Emotions? Why Twin Mothers are More Fertile? New Guidelines to Treat Depression in Pregnant Women New Evidence on the Use of Contraception for Women Worldwide Do You Get Pregnant While You are in COVID-19 Infection?
More News
Sign up for Wellness Consult a Doctor Sign up for Selfcare

Daily Calorie Requirements Diaphragmatic Hernia Calculate Ideal Weight for Infants The Essence of Yoga Vent Forte (Theophylline) Accident and Trauma Care How to Reduce School Bag Weight - Simple Tips Nutam (400mg) (Piracetam) Sinopril (2mg) (Lacidipine) Drug Side Effects Calculator
This site uses cookies to deliver our services. By using our site, you acknowledge that you have read and understand our Cookie Policy, Privacy Policy, and our Terms of Use