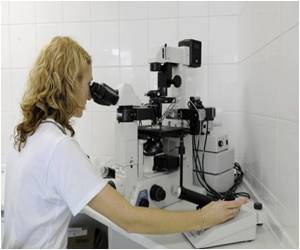 In-Vitro Fertilization (IVF), a form of assisted reproductive technology, proved to be a boon for 27-year-old Archana who, despite having a smaller womb and several health complications, gave birth to twins.

The problem was not just on Archana's side who had a history of scant periods followed by loss of periods with passing time. Her husband, 34-year old Akshit, was diagnosed with necrozoopermia, a condition in which all the sperms in a man's semen are either immobile or dead. He also suffered from spondylitis which made his health worse.

Acupuncture may improve the rates of in-vitro fertilization depending on the baseline pregnancy rates of a fertility clinic, say University of Maryland School of Medicine researchers.
Advertisement

Unable to have a child naturally, the couple visited several fertility experts across the National Capital Region (NCR) but they were given only medicines which proved to be ineffective. For years, they could not have a child.


However, they were told about the Gurgaon Fertility Centre (GFC) where several similar such cases were being dealt and couples had got a positive result.

Prime Minister Donald Tusk announced that Poland will begin funding in-vitro fertilisation (IVF) starting in July 2013.
Advertisement
"We investigated couple thoroughly and found Archana's womb to be on the smaller side and put her on oral hormonal tablets to help grow her womb. It was a positive sign that she responded well. Her husband was put on antioxidants," said Richa Sharma, chief executive officer of Gurgaon Fertility Centre (GFC).

"Ultimately, he too responded well. At last, we were in a state to have adequate sperms for Intracytoplasmic sperm injection (ICSI). After all the hard work, we finally planned for IVF and it went well and now the couple has healthy twins who are a bundle of joy for the parents," added Sharma.

She said infertility is very prevalent these days showing a rising trend due to several reasons, while it remains unexplained in many. It's a very stressful situation which drains the couples physically, financially and psychologically if it's not understood well.

Emphasizing that IVF was immensely helpful in the cases of couples like Archana and Akshit, Sharma said: "There are a few cases where achieving pregnancy even by IVF seems difficult but not impossible."

'Medical clowning' improved the rate of pregnancy, says a study conducted in Israel and published in the medical journal Fertility and Sterility.
Advertisement
Advertisement