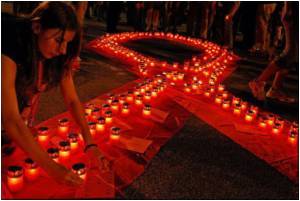 Even a modest behavioural intervention program can measurably reduce the incidence of HIV among female sex workers in the U.S.-Mexico border region, a study has found.

The program duration is only 35 minutes, is cost effective and can work for other sexually transmitted infections too.

The program is especially crucial for this target audience since the border area is a catchment area for immigrants preparing to cross and a place with major drug trafficking routes, factors that could fuel the HIV epidemic.

"For many of these women, the reason they are sex workers is to make enough money to feed their children.

So you don't just point out that HIV kills, but also that taking precautions to avoid HIV infection means they will live longer and be able to take care of their children," said Thomas Patterson, PhD, professor of psychiatry in the School of Medicine at UC San Diego.

They found that among sex workers who received once-only interventions, an estimated 33 HIV cases were prevented and 5.7 months of quality-adjusted life expectancy.

Plus, the expense per intervention is less than 200 dollars.

Patterson said intervention programs like Mujer Segura could work well elsewhere in the world, and not just the US Mexico border.

The findings are published online by the journal PLoS ONE.

Turmeric Powder - Health Benefits, Uses & Side Effects Diaphragmatic Hernia Indian Medical Journals Find a Doctor Drug - Food Interactions Calculate Ideal Weight for Infants Daily Calorie Requirements Find a Hospital The Essence of Yoga Drug Interaction Checker
This site uses cookies to deliver our services.By using our site, you acknowledge that you have read and understand our Cookie Policy, Privacy Policy, and our Terms of Use  Ok, Got it. Close
X