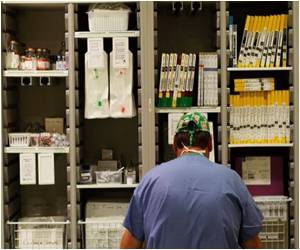 Potential clues to the mechanism underlying the health benefits of omega fatty acids has been uncovered by a search for genes that change their levels of expression in response to nutrient deprivation.

In the Feb. 15 issue of Genes & Development, Massachusetts General Hospital (MGH) researchers describe finding that feeding omega-6 fatty acids to C. elegans roundworms or adding them to cultured human cells activates a cellular renewal process called autophagy, which may be deficient in several important diseases of aging. A process by which defective or worn-out cellular components and molecules are broken down for removal or recycling, autophagy is also activated in metabolically stressful situations, allowing cells to survive by self-digesting nonessential components.

"Enhanced autophagy implies improved clearance of old or damaged cellular components and a more efficient immune response," says Eyleen O'Rourke, PhD, of MGH Molecular Biology, lead author of the report. "It has been suggested that autophagy can extend lifespan by maintaining cellular function, and in humans a breakdown in autophagic function may involved in diseases including inflammatory bowel disease, Parkinson's disease, and in a more complex way in cancer and metabolic syndrome."


O'Rourke is a research fellow in the laboratory of MGH investigator Gary Ruvkun, PhD, whose team investigates the development, longevity and metabolism of C.elegans. Ruvkun and other researchers have discovered that simple mutations in genetic pathways conserved throughout evolution can double or triple the lifespan of C. elegans and that similar mutations in the corresponding mammalian pathways also regulate lifespan. Many of these mutations also make animals resistant to starvation, suggesting that common molecular mechanisms may underlie both response to nutrient deprivation and the regulation of lifespan.
Advertisement
To find these mechanisms O'Rourke searched genomic databases covering many types of animals for shared genes that respond to fasting by changing their expression. She found that expression of the C. elegans gene lipl-4 increases up to seven times in worms not given access to nutrients. A transgenic strain that constantly expresses elevated levels of lipl-4, even when given full access to food, was found to resist the effects of starvation and to have increased levels of arachidonic acid (AA), an omega-6, and eicosapentanoic acid (EPA), an omega-3 fatty acid.

Following the implication that omega fatty acids stimulate a process leading to starvation resistance, the researchers found that feeding AA and another omega-6 fatty acid, but not EPA, activated autophagy in non-transgenic C. elegans with full access to nutrients. Since activation of autophagy has been shown to increase lifespan in several genetic models, the authors tested the effect of omega-6 fatty acids on C. elegans lifespan and found that roundworms consuming a full normal diet supplemented with omega-6 fatty acids lived 20 to 25 percent longer than usual.

Since dietary supplementation with both omega-3 and omega-6 fatty acids has been shown to prevent or improve several human health conditions, the researchers tested the response of cultured human cells to omega fatty acid supplementation. As in C. elegans, the human cells responded to supplementation with the omega-6 acids, but not to EPA, by activation of autophagy, measured by levels of marker proteins. That result suggests that omega-6 acids induce autophagy across the full range of multicellular animal species. The researchers then showed that the lifespan-increasing properties of omega-6 fatty acids in C. elegans depend on the presence of genes required for autophagy.

"Almost all the mechanisms of lifespan extension studied until now - sterility, insulin insensitivity, and caloric restriction - have been shown to depend on activation of autophagy," says O'Rourke. "Our finding that omega-6 supplementation activated roundworms' cellular response to fasting - namely autophagy - even though the worms were eating normally suggests that consumption of omega-6 fatty acids may provide the benefits of caloric restriction without the need to limit food consumption. It also suggests that the reported benefits of omega-6 acids could depend in part on activation of an evolutionarily ancient program for surviving food deprivation."

O'Rourke and her co-authors note that many investigators believe that omega-6 fatty acids - commonly found in meats, poultry and vegetable oils - may increase the risk of cardiovascular disease, despite epidemiologic evidence that omega-6 consumption actually reduces cardiovascular risks. "We hope that our findings - made by investigating the cellular responses of a 1-millimeter roundworm - will lead the scientific and medical community to look back at all the epidemiologic, basic and clinical research data and to study the effects of omega-6 fatty acids on multiple types of human cells and live animals in order to gain better knowledge on how balanced intake of these nutrients benefits human health," she says.

Omega-3 Fatty Acids Produced from Biodiesel Byproduct
A Virginia Tech researcher has discovered a way to grow omega-3 fatty acids, known for their ......