Growing Education Gap in Mortality Among US White Women 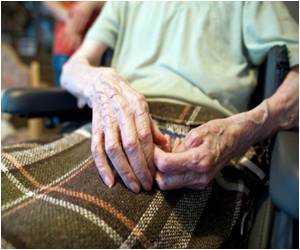 According to a new study, less-educated white women were increasingly more likely to die than their better-educated peers from the mid-1990s through the mid-2000s.

The study found that growing disparities in economic circumstances and health behaviorsparticularly employment status and smoking habitsacross education levels accounted for an important part of the widening mortality gap.

"Based on the information we get from the news, it seems that life expectancy just keeps going up, and we're all riding this wave," said Jennifer Karas Montez, the lead author of the study and a Robert Wood Johnson Foundation Health & Society Scholar at Harvard University. "But, the reality is, life expectancy is not increasing for everyone. In fact, for low-educated white women, it appears to be declining. And, this is disturbing."


Titled, "Explaining the Widening Education Gap in Mortality among U.S. White Women," the study, which appears in the June issue of the Journal of Health and Social Behavior, relied on National Health Interview Survey Linked Mortality File data on 46,744 white women aged 45-84 from 1997-2006.
Advertisement
Montez and co-author Anna Zajacova, an assistant professor in the Department of Sociology at the University of Wyoming, divided the women into two groups: those without a high school credential ("low educated") and those with at least a high school credential ("high educated"). The researchers found that the odds of dying among low-educated white women were 37 percent greater than among their high-educated peers during 1997-2001, and 66 percent greater during 2002-2006.

"Previous research has shown that over the past half century, the gap in adult mortality across education levels has grown in the United States for white and black men and women, and since the mid-1980s, the growth has been especially pronounced among white women," said Montez. "Those of us who have studied this disturbing trend have been really good at documenting it, but we have not been very good at explaining why it is happening. The reasons for the growing mortality gap are poorly understood."

Montez said the few attempts researchers have made to try to explain the growing gap in adult mortality across education levels have focused on trends in specific causes of death or in health behaviors, and generally concluded that diverging smoking patterns played an important role. They have not revealed why diverging health behavioral patterns emerged, nor have they addressed non-behavioral explanations such as economic policy, labor market participation, and social integration.

"In our study, we focused on white women aged 45 to 84 years and examined three explanations  social-psychological factors, economic circumstances, and health behaviors  for the widening education gap in mortality from 1997 to 2006," Montez said. "We found that social-psychological factors contributed little to the increasing gap. However, economic circumstances and health behaviors played important roles."

Among eight components of economic circumstances (employment, occupation, poverty, home ownership, and health insurance) and health behaviors (smoking, obesity, and alcohol consumption) tested in the study, two  employment and smoking  were by far the most important contributors to the widening gap, Montez said.

"The role of employment is intriguing and, to our knowledge, has not been previously examined as a potential explanation of the growing education gap in mortality," Montez said. "Employment matters a lot is what the data is telling us, and that has implications for what can be done to stop the troubling trend. Employment provides both manifest and latent benefits, such as social networks and a sense of purpose. It also enhances self-esteem and offers mental and physical activity. Access to social networks and support through employment may have become more important in recent decades, with high divorce rates, smaller families, and geographic mobility disrupting other avenues of support."

Given previous research that identifies diverging smoking patterns as an explanation for the growing education gap in mortality among white women Montez said, "It it would have been problematic had our study not found that smoking was important."

According to Montez, the study has several policy implications. "Disparities in longevity in the United States have grown during the last several decades, despite major policy initiatives to eliminate the disparities," she said. "This study suggests that a promising strategy for reversing the trend among women should focus on employment, specifically on implementing work-family policies  for example, paid parental leave and subsidized childcare  to mitigate the obstacles that women disproportionately face in combining employment and childrearing. The obstacles are particularly high for low-educated women, who tend to have low-paying jobs with inflexible schedules."

Continued policy efforts to reduce smoking may also stem the growing longevity gap, Montez said. "However, these efforts must go beyond conventional tobacco controls oriented at changing individual behavior and instead address the adverse conditions faced by low-educated women that shape smoking behavior," she said.

Mild Hypothyroidism Raises Mortality Risk in Heart Patients
According to a recent study accepted for publication in The Endocrine Society's Journal of Clinic...

Delayed Transfer to the ICU Increases Mortality Risk
According to a new study from researchers in Chicago, delayed transfer to the intensive care unit .....

New Drug Cuts Down Mortality Among Heart Failure Patients in Half
Results of a randomized double-blind trial which were presented at the Heart Failure 2013 congress ....