Experiments on animals conducted by researchers at the U.S. Department of Energy's (DOE) Brookhaven National Laboratory have shown that an anticonvulsant called vigabatrin (GVG) can block drug-seeking behaviour.

The researchers have revealed that their study involved animals who had previously been trained to associate methamphetamine with a particular environment.

Posting their findings in the online edition of the journal Synapse, they revealed that the animals treated with vigabatrin were found to be having no interest in spending time in a location where they had previously been given methamphetamine.


"Reinstatement of drug-seeking behaviour after an extended period of abstinence is the number-one cause of drug-addiction relapse," Science Daily quoted Brookhaven neuroanatomist Stephen Dewey, who led the research team, as saying.

"This animal study suggests that vigabatrin could potentially prevent human methamphetamine addicts from relapsing," he added.

The findings of the current study attain significance because there is currently no effective treatment for methamphetamine addiction.

Dewey insists that vigabatrin is the only drug to date that has been shown to block any behavior associated with methamphetamine use, and which is currently being tested by Catalyst Pharmaceutical Partners for safety and efficacy against cocaine and methamphetamine addiction in humans in Phase II clinical trials across the US.

"In human drug abusers, many things can cause relapse - exposure or access to drugs, environmental cues that trigger thoughts of the drug, or stress," said Dewey.

"If vigabatrin can prevent relapse, it could have a huge impact by helping drug abusers regain control over their lives," the researcher added.

For their study, the researchers first taught rats to expect methamphetamine in one chamber of a three-chamber apparatus and saline solution in another chamber, and then allowed the animals to roam freely among the three chambers.

If the rats spent the majority of their time in the chamber where they had been given methamphetamine, the scientists knew they had established a "conditioned place preference".

Having established that preference, the researchers extinguished it by giving the rats saline injections in both chambers, again allowing the animals to have free access to all chambers until they had no preference for the previously methamphetamine-associated chamber for at least six consecutive days.

With a view to reinstating the place of preference in the experiments, the researchers injected the animals with methamphetamine in the neutral chamber, which led the rats to immediately go to the chamber where they had received methamphetamine, and remain there for the duration of the exposure period.

After the rats showed the reinstatement of a preference, the research team tested the effectiveness of vigabatrin at blocking it.

The animals were pre-treated with vigabatrin two-and-a-half hours before giving them another priming dose of methamphetamine, followed by free access to all three chambers.

The researchers observed that the rats who had been pre-treated with vigabatrin no longer showed any preference for one chamber over another.

Dewey has revealed that the research team is currently studying whether GVG will also block an environmental cue previously shown to produce relapse to drug-seeking behaviour.

"These studies have wide implications for addressing the number-one cause of relapse to drug seeking behaviour. If we can successfully block drug-induced reinstatement, then our ability to block environmental cue-induced relapse is significantly enhanced," Dewey said. 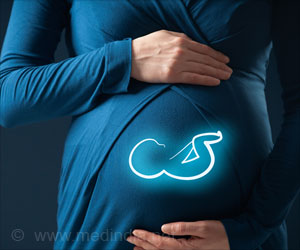