New compound could help treat painful conditions by providing pain relief, but without the risk of addiction. These compounds can provide the pain relief in equal measure to opioids, but without the addiction side effects or risk. The findings of this study are going to be discussed at Experimental Biology 2018.

Tomás Joaquín Fernández, a post baccalaureate scholar in the University of Michigan Department of Pharmacology and Edward F Domino Research Center, will present this new preclinical research at the American Society for Pharmacology and Experimental Therapeutics annual meeting during the 2018 Experimental Biology meeting to be held April 21-25 in San Diego. Fernández worked on this research with colleagues in the University of Michigan College of Pharmacy Department of Medicinal Chemistry.

One problem with today's opioids is that patients develop tolerance, which leads to the requirement for more drugs to maintain the same amount of pain relief. "Our hope is that with our novel opioids, patients would need less of the drug over time, which might put them less at risk for the negative side effects of opioid usage, including addiction, respiratory depression, and constipation," said research team member Nicholas Griggs, a doctoral candidate in the Department of Pharmacology.


‘The novel compound could act like an opioid pain reliever, but the patients would need less of the drug over time, thereby reducing the risk of opioid addiction.’


To develop a better pain reliever, the researchers chemically modified compounds modeled after the body's own pain-relieving peptides, which are naturally released by neurons. They engineered the compounds to interact at two opioid receptor types, one that is responsible for pain relief and addiction liability and one that can be employed to reduce addiction liability and tolerance development.

After evaluating the compounds in cultured cells, the researchers selected a lead compound to test in mice. It produced pain-relieving effects but was not effective in tests for reward and dependence, effects that can lead to addiction and withdrawal symptoms. "We are striving to solve the opioid epidemic by working at the most fundamental problem: the effective treatment of pain," said Fernández. "Our work can also provide other researchers with a better understanding of opioid receptors and interactions between receptors, which could be exploited to develop better options for pain management."

The researchers plan to conduct additional animal behavior studies to fully understand the reduced tolerance and dependence properties of the new pain-relieving compound.

Why Do Most People Suffering From PTSD Also Have Opioid Addiction Issues?
Memories associated with PTSD syndrome could be key for opioid addiction, finds a new study.
READ MORE

Drugs To Treat Opioid Addiction Must Be Made Available
Buprenorphine, which can be used to treat opioid addiction in the privacy of a physician's office is underprescribed.
READ MORE 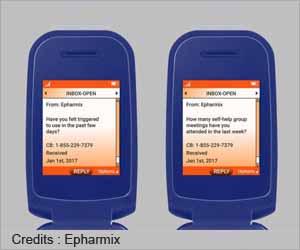