Acne Appears to Be Taboo for American Teens

A new study shows that US teens are willing to spend nearly 275 dollars to have never have acne, and even more to be acne-free than to have 50 percent clearance of their acne or to have clear skin with acne scars.

According to the authors, acne has been associated with anxiety, depression, embarrassment and social dysfunction.

"Reducing the psychosocial impact of acne is considered one of the guiding principles for its clinical management and it is important to measure and evaluate this impact," the authors write.

They and their parents also were asked about acne history and severity, and parents were asked about their willingness to pay since they typically bear the cost of their children's acne treatment.

Adolescents who rated their acne as more severe reported a willingness to trade more time and money for acne clearance than those with less severe acne.

"Knowledge of these patient preferences may help dermatologists balance clinical trial results with patients' expectations of therapy," the authors write.

The study appears in August issue of Archives of Dermatology, one of the JAMA/Archives journals.

Outdated Cosmetic Products Could Lead to Harmful Infections
Most women have a huge collection of old or partially used makeup, but what they don't know is that application of these outdated products could lead to a dangerous infection.
READ MORE 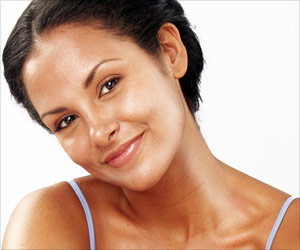