Yoga -the very word radiates peace and tranquility. This feeling probably stems from the etymology of the word.

The word Yoga is derived from the Sanskrit word 'Yuj' which essentially means to join or unite. The union referred to is that of the individual self uniting with Cosmic Consciousness or the Universal Spirit. Yoga is a means to achieving this goal.


Born in India, almost 26,000 years ago, Yoga is believed to have evolved during the period of the Sat Yuga, also called the Golden age. This period became known as a time of everlasting peace and abundant blessings, filled with seekers of the Eternal Truth. That is why, probably, even today we associate yoga with sages and hermits.

It was not until the discovery of the Indus- valley civilization, the largest civilization, that knowledge about the origin of Yoga surfaced. Excavations give evidence of yogas existence during this period; yogi -like figures engraved on soapstone

seals have been unearthed. In fact, it was the Aryans, migrating from the north- west, who were instrumental in discovering yoga.

History of Yoga - Vedic, Pre-classical, Classical, Post-classical & Modern Yoga
The knowledge of Brahman was the essence of vedic teachings. But, gradually in the later eras, these teachings were compiled and the system of hatha yoga developed in the post classical era.
READ MORE 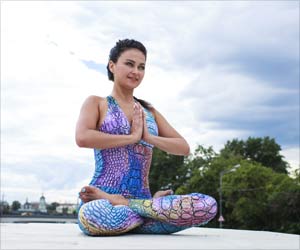 Beat Wedding Blues With Simple Yoga Postures
Wedding is one of the most important days of a person's life. The day comes with its own set of anxiety that takes a toll on your body leaving one stressed. Yoga can help combat wedding anxiety.
READ MORE 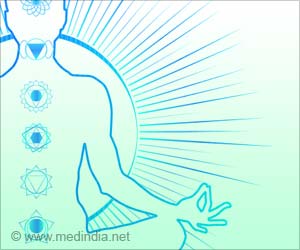 For a long time, scholars thought that Harappan civilization was abruptly destroyed by invaders from the northwest who called themselves Aryans [Ã¢rya meaning "noble" in the Sanskrit language]. Some proposed that these warlike nomads invented Yoga, others credited the Indus people with its creation. Yet others took Yoga to be the joint creation of both races. Nowadays researchers increasingly favor a completely different picture of ancient Indian history. They are coming to the conclusion that there never was an Aryan invasion and that the decline of the Indus-Sarasvati cities was due to dramatic changes in climate. These in turn appear to have been caused by a major tectonic catastrophe changing the course of rivers. In particular, it led to the drying up of what was once India's largest river, the Sarasvati, along whose banks flourished numerous towns and villages (some 2500 sites have been identified thus far). Today the dry river bed runs through the vast Thar Desert. If it were not for satellite photography, we would not have learned about those many settlements buried under the sand. The drying up of the Sarasvati River, which was complete by around 1900 B.C., had far-reaching consequences.The death of the Sarasvati River forced the population to migrate to more fertile parts of the country, especially east toward the Ganges (Ganga) River and south into Central India and Tamilnadu. The Sarasvati River happens to be the most celebrated river in the Rig-Veda, which is the oldest known text in any Indo-European language. It is composed in an archaic form of Sanskrit and was transmitted by word of mouth for numerous generations. Sanskrit is the language in which most Yoga scriptures are written. If the Sarasvati River dried up around or before 1900 B.C., the Rig-Veda must be earlier than that benchmark date. If that is so, then the composers of this collection of hymns must have been contemporaneous with the people of the Indus civilization, which flourished between circa 3000-1900 B.C. Indeed, astronomical references in the Rig-Veda suggest that at least some of its 1,028 hymns were composed in the third or even fourth millennium B.C.

he origin of Aryans is disputed. There is no archaeological evidence that Aryans migrated into Indus Valley. The search is on. A pathbreaking study by CCMB scientists in collaboration with researchers at Harvard Medical School, Harvard School of Public Health and the Broad Institute of Harvard and MITon ancestral Indian populations says there is a genetic relationship between all Indians and more importantly, the hitherto believed "fact" that Aryans and Dravidians signify the ancestry of north and south Indians might after all, be a myth. The study analysed 500,000 genetic markers across the genomes of 132 individuals from 25 diverse groups from 13 states.

It's interesting how westerners are quick to patent everything, things that are not even invented by them..But when it comes to eternal and beautiful practices like yoga, they say things like "we humans label everything and blah blah". Well, let me enlighten you, yoga originated in India, as a part of the Hindu religion. It is one of the paths to enlightenment as it makes one's mind firm in it's place devoid of ego and emotions. Like a flame which does not flicker in the wind. Described as "stith pragya" in our vedic textbooks and bhagwat geeta. Shiva, or the adi guru created the first set of yoga asanas as a means of reaching one's spiritual peak and hence bliss. This has been illustrated in our most ancient vedic textbooks and rishis have written about these methods for eg in the yoga sutras by patanjali. Bhagwad geeta also talks about the various yogas a devotee must pursue to achieve oneness with the creator and harmony with oneself. Now it is propagated as a form of exercise, since most westerners will be unable to understand this alien philosophy of hinduism. Hence it has become reduced to a form of physical fitness leading to a better quality of life and blissful mental state. But these are the by products, the end result has is different. That of achieveing a state of oneness and calming the mind to prepare to do sadhana [which many people pursue through meditation, though many more ways exist to do sadhana and it is not restricted to meditation]. So, no you don't have to change your religion to pursue yoga, hinduism does not promote conversion nor demands it.

I must response to all of you! Yoga is a creation from a people that now are called the untouchables because of their dark skin. In the world we don't see much of the indigenous population. It is not nonsense sir that everything had a beginning. And yes it is a language today just like Kemet is called Egypt today and Africa named after a Roman ruler now; when Romans conquered a people and their land they changed the name of the land and made the people do the same. When you say Afro-Centric i here a vibe as distant. Like this case, the masters always go to an elder but in Yoga and Meditation if you research long enough you will find their isolated Black People off in a hill or mountain some where away from the torn away modern ways.

26000 years ago seems a little ridiculous; to christis1st - you show your intelligence by your spelllingg. you are either in 3rd grade, or a christian