Written by Dr. Simi Paknikar, MD
Medically Reviewed by The Medindia Medical Review Team  on May 13, 2014

Nausea and Vomiting are common problems that could arise due to conditions affecting the digestive tract or other systems of the body. 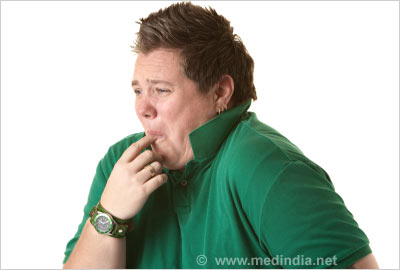 Nausea and vomiting are common problems experienced by men, women and children of all age groups at some time of their lives. Vomiting is the forceful expulsion of stomach contents through the mouth, whereas nausea is the unpleasant sensation that precedes vomiting.

Vomiting commonly occurs due to food poisoning. However, other conditions could also result in vomiting. The type of vomiting and associated symptoms could help to diagnose the cause of vomiting. For example:

Vomiting should be differentiated from regurgitation. In regurgitation, the stomach contents come up in the mouth without forceful contraction, whereas in vomiting, the expulsion of contents is forceful.

Tests are sometimes required to diagnose the cause of vomiting. It is important to remember that radiological tests should not be done in a woman of childbearing age presenting with vomiting unless pregnancy has been ruled out.

Complications of vomiting include aspiration of the vomitus into the lungs, dehydration and electrolyte abnormalities. In addition, the patient may suffer from tears of the esophagus and destruction of tooth enamel due to repeated vomiting.

While treating vomiting, first of all, symptoms like dehydration or electrolyte abnormalities should be corrected. The cause of vomiting should then be investigated and treated. If no cause is determined, empiric therapy should be used to treat symptoms.

What are the Causes of Nausea and Vomiting?

Causes of Nausea and Vomiting are:

Infections: Infections of the digestive tract as well as infections in other parts of the body can result in nausea and vomiting.

Digestive tract disorders: Besides food poisoning, other conditions that affect the digestive tract can also result in nausea and vomiting. These include:

Central Nervous System Causes: Conditions the affect the central nervous system that could result in vomiting include:

Hormonal and Metabolic Causes: Hormonal and metabolic causes that could result in nausea and vomiting are:

Other Causes: Other causes of nausea and vomiting include:

1. Which doctor should I visit in case I suffer from vomiting?

You should visit your general physician in case you suffer from vomiting.

2. Are tests required for vomiting?

The cause of vomiting is usually diagnosed based on the history and physical examination of the patient. Tests are sometimes required to confirm the diagnosis and to check for complications like electrolyte abnormalities. These include blood tests like complete blood counts, electrolyte levels, ESR, liver and pancreatic enzyme levels, glucose estimation, pregnancy tests and hormonal estimations. Radiological tests help to detect obstruction, but they should be done only after pregnancy is ruled out in females. Other tests include endoscopic tests, CT scan, MRI scan and ultrasound.

Latest Publications and Research on Nausea and Vomiting

Research Finds Pre-Op Steroids to Prevent Nausea Do Not Significantly Increase Post-Op Bleeding Research has indicated that over the past decade there was an increase in tonsillectomy rates in children younger than 15 years from 287,000 to 530,000 per year.

Morning Sickness "Morning sickness" is a term that is used to refer to the nausea and vomiting that is present in most pregnant women.

List of Drugs that May Cause Nausea and Vomiting List of drugs associated with a side effect named as Nausea And Vomiting and related drug information.

Soon, A Promising Treatment For Extreme Nausea, Vomiting During Pregnancy A new medication protocaol promises to reduce nausea and vomiting for pregnant women.

Cyclic Vomiting Syndrome Cyclic vomiting syndrome is a condition where a person suffers from repeated episodes of severe vomiting, but is normal between episodes. Cyclic vomiting is not the same as chronic vomiting.

Home Remedies for Vomiting Vomiting, puking or throwing up refers to the forceful oral expulsion of the stomach content caused by various ailments. Here are some herbal and natural home remedies to treat vomiting effectively.

Ciguatera - Fish Poisoning Ciguatera is a type of food poisoning caused due to the consumption of fish infected with a marine toxin called Ciguatera toxin.

BRAT Diet (Bland Diet) A BRAT diet is usually recommended for a person to recover from nausea, vomiting and an upset stomach. It is a short-term bland diet to soothe the intestinal cells.
Sign up for Wellness Consult a Doctor Sign up for Selfcare
Advertisement
Health Topics A - Z
A B C D E F G H I J K L M N O P Q R S T U V W X Y Z