1. Which doctor should I consult for gastrointestinal bleeding?

A gastroenterologist should be consulted for gastrointestinal bleeding.

Yes. If the bleeding is acute and severe, the internal bleeding can put pressure on the organs and cause their dysfunction. Also, the loss of blood may cause hemorrhagic shock, which can result in brain damage and death.

3. How do you know if you have stomach bleeding from ibuprofen?

Symptoms such as stomach pain, bloody or coffee ground like vomit, black and tarry stools which occur after taking ibuprofen are indications of stomach bleeding.

4. Can a person die from a bleeding ulcer?

A bleeding ulcer can perforate a blood vessel or organ and cause immediate death.

5. Can alcohol cause gastrointestinal bleeding?

Alcohol causes inflammation of the stomach lining which triggers stomach pain, vomiting, diarrhea and even bleeding.

6. What is severe gastrointestinal bleeding?

It is bleeding which results in faintness, weakness, giddiness, breathlessness along with shock and decreased blood pressure. This type of bleeding may be life threatening unless treated promptly.

7. What can you eat if you have gastrointestinal bleeding?

If you are actively bleeding you will be advised not to take either food or drink by mouth. You will receive nutrition through intravenous feeding until all bleeding stops. However when the bleeding stops, you may start taking small amounts of food or drink before eating your regular diet. Avoid foods that may irritate your stomach such as caffeine, alcohol, and spicy foods.
Published on Jul 17, 2018
Last Updated on Oct 12, 2020 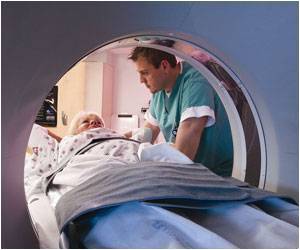 Localization of Gastrointestinal Bleeding Improved by Hybrid SPECT-CT
Clinicians are aware that prompt and accurate localization of the site of bleeding is critical for the management of patients with acute GI bleeding.
READ MORE

Famotidine
This medication is a histamine (H2-receptor antagonist), prescribed for ...
READ MORE

Cefdinir
This medication is a cephalosporin antibiotic, prescribed for pneumonia, acute exacerbations of chronic bronchitis, ENT and skin ...
READ MORE