Difficulty with swallowing or is a problem, which if left untreated, could cause malnutrition and seriously affect the health of the patient.

Dysphagia is a condition where a person experiences difficulty with swallowing. We normally swallow without giving it much thought. What we do not realize is that this process is brought about by the coordinated efforts of around 50 pairs of muscles and nerves. A problem with swallowing results in nutritional deficiencies. The patient may aspirate the food contents from the mouth into the lungs, thus resulting in pneumonia.

Swallowing of food and water consists of two phases. In the first phase, the food is chewed in the mouth with the help of teeth and muscles of the mouth and tongue, and is converted into a bolus; this bolus is then pushed towards the throat or the pharynx. Once the food bolus reaches the pharynx, it stimulates nerves, which carry the signal to the brain. The brain sends back signals to initiate the swallowing reflex. The epiglottis closes the airway and the food moves down the esophagus or food pipe, aided by the coordinated contractions of various muscles. The lower esophageal sphincter (the muscular guard at the lower end of the esophagus) relaxes to allow the food to enter the stomach. Thus, the swallowing process involves a coordinated effort of muscles, nerves and the brain. A problem at any of these levels could result in dysphagia.

The problem can be located based on the symptoms that the patient complains. For example,

A simple examination of the mouth may be enough if the cause of dysphagia is in the mouth. If the cause is located deeper below in the food pipe, swallowing tests may be necessary. Some of the swallowing tests used include barium swallow studies, Flexible Endoscopic Evaluation of Swallowing with Sensory Testing (FEESST) and videofluoroscopic swallow study (VFSS). Endoscopy may be necessary to study the inner lining of the esophagus for any damage or obstruction.

Some conditions like cleft lip and cleft palate can cause dysphagia in children. Medications like antihistamines tend to dry up the mouth and make it difficult to swallow. Other causes of dysphagia are listed below:

Diseases that cause problems with muscles, nerves or neuromuscular coordination:

Conditions that affect the coordination between the muscles of the esophagus and the nervous system can result in dysphagia. These conditions include:

Obstruction within the mouth, pharynx, or esophagus: Conditions that physically obstruct the passage of food through the upper digestive tract result in dysphagia. These include:

1. Which doctor should I visit in case I suffer from dysphagia?

You may contact your general physician, a general surgeon or gastroenterologist if you suffer from difficulty with swallowing.

2. What are the possible consequences of dysphagia?

Dysphagia could result in a general neglect to eat food, thereby leading to malnutrition. In addition, the food contents could regurgitate up to the mouth and from there, get aspirated into the lungs, resulting in pneumonia.

I have Swallowing difficulties for last 15 years. Last 7 years I have been on ryles Tube Feeding. Can you give information for a treatment. 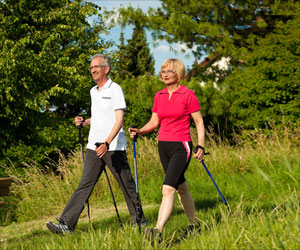 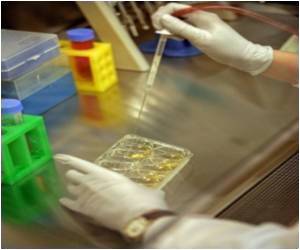 Rapid Evaluation for Swallowing and Voice Problems After Brain Surgery is a Must, Say Experts
Early post-surgical assessment for trouble chewing and swallowing food among patients who have had benign tumors removed from the base of the brain is being recommended by Johns Hopkins experts.
READ MORE