Depression occurs due to alterations in the levels of neurotransmitters in the brain. 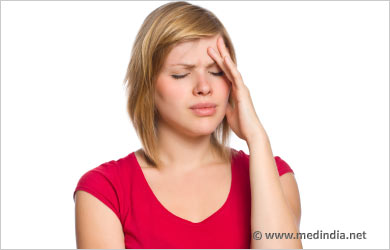 Depression is a state of mind wherein the patient experiences a change in mood, which may vary from mild sadness to feelings of guilt, worthlessness and hopelessness. Other symptoms of depression include:

In some cases, symptoms of depression may be severe enough to drive the patient to suicide.

Depression affects all age groups. The symptoms may vary between people of different ages. For example, adolescents may show the presence of reckless behavior. Children may tend to eat and sleep excessively. The hormonal changes in women during each menstrual cycle as well as during various stages in life make them more susceptible to depression.

Depression occurs due to biochemical alterations within the brain. A change in the levels of a neurotransmitter called serotonin is particularly involved in causing depression. Other neurotransmitters like acetylcholine, dopamine, adrenaline and noradrenaline may also be involved.

Depression may be a consequence of genetic, developmental and/or psychosocial factors.

Depression usually follows a trigger in a genetically predisposed individual. Thus, it is usually due to a combination of factors rather than a single cause. Causes of depression include:

The above factors cannot be eliminated, but understanding that these conditions could be behind depression may help in dealing better with the condition.

1. Which doctor should I visit in case I suffer from depression?

You should visit a psychiatrist in case you suspect that you suffer from depression.

2. Are there any tests to diagnose depression?

There are no specific tests to diagnose depression. It is diagnosed based on several questions that the doctor asks the patient. The doctor also examines the patient and may ask for certain blood tests and others, primarily to rule out any cause of depression.

3. Are medications available to treat depression?

Medications are available to treat depression. Most of these take around 2 to 3 weeks to bring about their action. You, therefore, have to take the medications at least for a month even if you do not notice any effect.

Quiz on Depression
The World Health Organization reports that depression is one of the main causes of disability affecting about 121 million people worldwide. More tragically, it claims around 850,000 lives every year. Hence, it is important that we understand this ...

Holistic Management for Depression
Depression is a common disorder and many worldwide suffer from depression. Early recognition of symptoms and signs of depression can help in taking a holistic approach to the management of depression.

Herbs that Reduce Anxiety and Depression
Read on to find out which herbs and herbal products are useful and effective in treating the chronic and recurring disorders such as anxiety and depression.

Ways to Deal with Loneliness
All of us feel lonely at some point in our lives. It is important to know how to deal with loneliness, rise above it and beat depression.

Antidepressants Use during Pregnancy
Depression is common during pregnancy and antidepressants are usually prescribed to overcome it. Is it safe to take these drugs while pregnant?