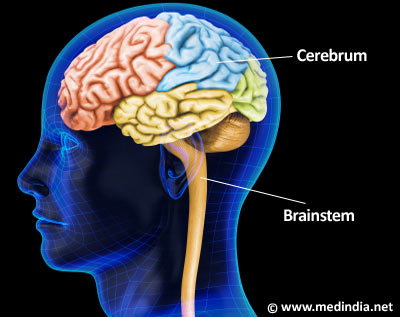 Consciousness is a state of being aware of self and surroundings. It is decreased when large parts of the brain or specific parts which are associated with maintaining consciousness are affected by a disease process. There are various levels of decreased consciousness. These are:

In cases where the cause can be reversed, the patient may recover completely if there is no accompanying brain damage. In some cases, the patient needs continuous ventilatory support.

A history obtained from the patients attendants often helps to diagnose the underlying cause of decreased consciousness. Some features that could help in the diagnosis are:

Some of the tests that could assist in the diagnosis of the cause of decreased consciousness are:

Consciousness is decreased by conditions that directly affect the brain or those that affect the entire body.

Causes of decreased levels of consciousness are listed below:

Conditions that decrease oxygen, glucose or cofactors supply to the brain: Conditions that deprive the brain of its requirements to function properly result in an altered level of consciousness. These include:

Metabolic, Hormonal and Other General Conditions: Metabolic conditions result in the accumulation of excessive or toxic substances in the blood resulting in decreased consciousness: Some of these conditions are listed below:

Drugs, Alcohol and Poisons: Consciousness could be affected by substances that act on the brain. A history of intake of these substances may be obtained from the patients relatives. Some of these are:

Conditions affecting the brain: Conditions that directly affect either both the cerebral halves of the brain or the reticular activating system of the brainstem (which is responsible for arousal) can result in reduced levels of consciousness. These conditions are diagnosed based on a detailed neurological examination and tests like CT scan and MRI. These conditions include:

Patients with decreased consciousness are treated by a neurologist or a neurosurgeon.

2. How does an increase or decrease in blood glucose affect brain function?

3. Is breathing affected in coma?

Breathing is often affected in coma with the breathing becoming too fast, too slow or too deep or irregular. The abnormal patterns of breathing may be repeated at regular intervals.

4. What is the Glasgow Coma scale?

The Glasgow Coma scale is a measure of the level of consciousness of a head-injury patient. It assesses the patient based on certain responses  eye opening, verbal response and motor response i.e. movement of limbs. A score of 3 to 8 indicates severe brain damage.

Top 10 Amazing Brain Facts
The brain is the most amazing and complex organ in this universe and has billions of nerve cells called as neurons. Medindia brings to you the top 10 amazing brain facts.

Brilliant Human Brain - Animation
The most amazing and complex organ in the entire universe, the human brain continues to remain an enigma.

Quiz on Brain
The human brain is exquisitely intrinsic and is the seat of all emotions. If you are curious about what makes you bad, sad, silly or glad this quiz on the brain will satiate ...

Coma
Coma is a deep state of unconsciousness where the affected individual is alive but is not able to react or respond to external stimuli. The outcome ranges from full recovery to death.

Red Flag Symptoms You Must Never Ignore
Any deviation from normal health can cause symptoms, some of which are ominous and need immediate attention.
Sign up for Wellness Consult a Doctor Sign up for Selfcare
Advertisement
Health Topics A - Z
A B C D E F G H I J K L M N O P Q R S T U V W X Y Z