What is a Kidney or Renal Biopsy?

If an abnormal growth or mass can be detected on physical palpation or is detected by a body imaging technique, a biopsy is commonly performed to determine the nature of the abnormality. A biopsy can also be performed to gauge the degree of organ injury or response to a particular therapy for a known disease. So, what exactly is a biopsy? A biopsy simply means removing some tissue from the organ in question to study for any abnormalities. The tissue is examined under a microscope to detect changes in the cells and the surrounding architecture. Cancer or other diseases and injuries can be identified through a biopsy.

A kidney or renal biopsy removes tissue from the kidney with a specific needle and the tissue is then processed for examination under a microscope. A kidney biopsy is used to determine if the kidney is functioning normally, if there are any defects in the kidney cells or if there are any abnormalities such as infection or cancer.

In a kidney biopsy, the pathologist looks for any accumulation, infection, or abnormal activity in the kidney cells. The cells are analyzed with CT scans, ultrasound, or fluoroscopy. Based on the assessment of the cells, the appropriate condition and related treatment can be prescribed. Issues with transplanted kidneys or the exact stage of progressive kidney failure are also analyzed with a kidney biopsy.


What are the Reasons for a Kidney Biopsy?

What are the Types of Kidney Biospsy?

There are 4 types of kidney biopsy. They are elaborated below:

Open biopsy  In this biopsy, the patient is given a general anesthetic. The surgeon makes a small cut in the skin and removes a small piece of the kidney tissue to be sent for analysis.

Percutaneous (needle) biopsy  In this biopsy, a special biopsy needle is used to extract a small piece of kidney tissue. The needle is used to pierce the skin lying over the kidney and CT scans or ultrasounds are used to direct the needle to the desired site. Recently, spring loaded automated biopsy guns are being utilized in order to decease the time it takes to get a sample. The patient is given a local anesthetic. This procedure is a desired operation for renal biopsies in children and adolescents. Complications in this procedure fluctuate between 0% to 45%.

Laparoscopic renal biopsy  This procedure is performed in individuals who cannot undergo percutaneous renal biopsy. Individuals with bleeding issues, obesity, and only one kidney, are at higher risk for complications from undergoing percutaenous kidney biopsies, so in these cases, paproscopic biopsy is recommended.

Transjugular renal biopsy  This is a reliable and safe alternative to percutaneous renal biopsy. Individuals with obesity, anticoagulation, bleeding issues are recommended to go through this procedure. However, experienced radiologists are required to perform this biopsy. Hence, there are very few centers that offer this procedure.


What is the Surgical Procedure of Kidney Biopsy?

Preparing for the Biopsy

The patient is asked to change into hospital clothing and given an intravenous (IV) drip. The patient is then made to lie either on the stomach or on the back (if transplanted kidney is being checked). The skin of the biopsy site is cleaned with an antiseptic solution and the doctor gives local anesthesia at the biopsy location. The patient should lie without moving during the procedure. The patient is asked to breathe in so that the diaphragm does not interfere with the positioning of the biopsy needle. Ultrasound is utilized to direct the needle to the site of choice in the kidney. There is some pain and discomfort when the needle withdraws the biopsy samples. After the biopsy samples are removed, the bleeding is arrested by pressing down firmly against the location of the biopsy. A bandage is placed at the location of the biopsy. The samples are sent to the laboratory for analysis.


What are the Risks Associated with Kidney Biopsy?

There are certain risks to this procedure, as is expected from surgery. Pregnant women should inform the doctor of their condition. X-rays used for the procedure pose minimal risks to the procedure since the frequency of the radiation is low. Some of the risks to the procedure are as follows:
Individuals with either infections, or only one kidney, or high blood pressure are not advised to undergo a kidney biopsy. Blood transfusion is provided if there is excess bleeding at the site of the biopsy.

The patient lies on the back after the proedure and blood is drawn for further tests, while the urine is checked for blood. Each individual recovers at a different rate based on the procedure involved. The site of the biopsy feels sore soon after the procedure and lasts for several days. Pain relief medications are prescribed although Aspirin tends to cause bleeding. The patient should take only the medications that are prescribed by doctors. Following the surgery, the patient is taken to a recovery room lying on his/her own back for a few hours, where the pulse, breathing, and blood pressure are monitored. Once the pulse and blood pressure are stabilized, the patient is discharged (minimum of 6 hours observation for an outpatient procedure) or is moved to a hospital room based on the requirement. If the patient undergoes a kidney transplant, the patient is made to lie on the stomach for a few hours. The doctor should be notified if the patient feels faint, observes blood in the urine for 24 hours following the procedure, has pain at the biopsy location, experiences fever, is unable to urinate, has dizziness, or has swelling, redness, or other bleeding at the biopsy location. The patient may resume with a normal diet unless there are other complications. Physical activities, such as bouncing, tennis, horseriding, or aerobics should be avoided for a few weeks until the biopsy location heals well.

A recent study on ultrasound-guided percutaneous renal biopsy has recommended that ultrasound should be performed before, during, and after the biopsy. The time to perform the ultrasound after the biopsy may range from a few days to a few weeks. Another study has demonstrated that a kidney biopsy done on an individual lying in the lateral position is effective as it reduces the distance that the needle requires to travel to the kidneys.

Top 10 Alarming Facts on Kidney Disease
The incidence of lifestyle-related diseases like diabetes and hypertension has resulted in the rise of kidney diseases and treatments around the world.
READ MORE 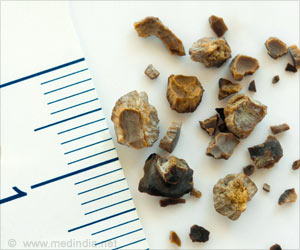 Over 200 Kidney Stones Removed from a Man in Hyderabad
Stay hydrated during summer, as dehydration can result in the formation of kidney stones and caused the patient to suffer from severe pain in the left loin.
READ MORE

How to Reduce the Risk of Acute Kidney Injury By Drinking Coffee?
Are you a person who starts the day drinking a cup of coffee? Then you are at less risk of acute kidney injury. Read on to know more.
READ MORE