Ganglionectomy is a surgical procedure to remove a ganglion cyst.

A ganglion cyst is a fluid-filled swelling that arises from a joint or a tendon. It is usually located near the wrist though it may arise from other joints as well. It is connected with a joint or tendon through a pedicle or a stalk. 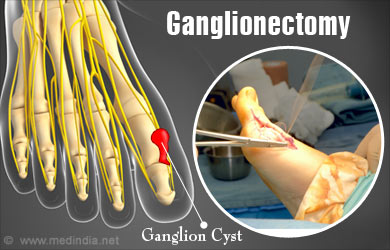 This is important to note since if the pedicle is not removed during surgery, there is a good chance that the ganglion may recur.

When Should a Ganglionectomy be Done?

Not every ganglion cyst requires treatment. Several ganglion cysts may resolve on their own. Therefore, once the patient is reassured, surgery can often differ Common reasons for surgical removal of a ganglion cyst are:

What are the Alternative Options of Treatment to Ganglionectomy?

Alternative treatments for ganglion cysts include the following: 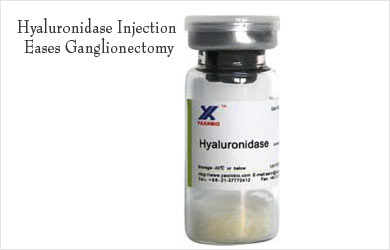 How is a Ganglionectomy Surgery Done?

Ganglionectomy surgery is done either under general or local anesthesia. It can be done either as an open surgery or through an arthroscope.

During an open ganglionectomy surgery, an incision is made over the ganglion and the ganglion cyst is carefully dissected out. The entire ganglion sac is removed along with its stalk and a part of the joint capsule. The skin is closed with the help of sutures and covered with a bandage.

An arthroscope is an instrument with a camera at the end that is inserted into a joint to examine it and to help to carry out surgery. The incision during the procedure is smaller and the chances of complications following surgery are less.

What are the Advantages of Arthroscopic Surgery over Open Ganglionectomy?

Arthroscopy is a minimally-invasive procedure and therefore has several advantages over open surgery when used in the excision of a ganglion cyst. These include: 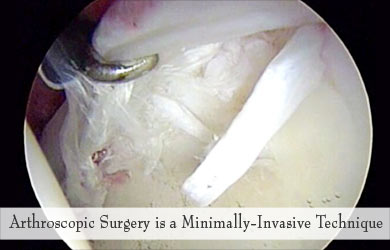 What is the Post-operative Care Required Following Ganglionectomy?

Following ganglionectomy, the wrist may be splinted for around 3 to 5 days. Prolonged splinting should be avoided to prevent stiffness. Painkillers may be prescribed to reduce any pain. The patient has to come back to the hospital for wound care and skin sutures removal.

What are the Possible Complications of Ganglionectomy Surgery?

Possible complications of ganglionectomy surgery include the following: 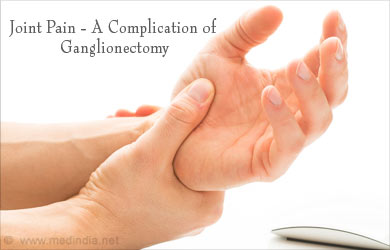 Wrist Ganglion Cyst Treatment - Animation
Ganglion is commonly seen around the wrist joint as a small harmless sac filled with jelly-like fluid. It develops as an outpouch from a joint or tendon sheath.