What is Balloon Atrial Septostomy?

Balloon atrial septoplasty is a catheter-based surgery on the heart where an opening is created between the two atria or the upper chambers of the heart. It is a relatively old procedure and was first described by Raskind and Miller in 1966.


The human heart consists of four chambers, right atrium, right ventricle, left atrium and left ventricle. The right side of the heart gets oxygen-deficient blood from the entire body and pumps it to the lungs to get oxygenated. The oxygen-rich blood then enters the left side of the heart and is transferred to the rest of the body. The right atrium is separated from the left atrium by the atrial septum, while the right ventricle is separated from the left ventricle by the ventricular septum.

Some babies are born with an atrial septal defect or a ventricular septal defect, commonly referred to as hole in the heart. They often have to undergo surgery to close the opening. However, in balloon atrial septostomy, an attempt is made to create an opening in the atrial septum, which is necessary for certain situations.

Balloon atrial septostomy is mainly used in the following conditions:

A baby with dextro-transposition of the great arteries cannot survive unless the position of the arteries is switched, which is possible with the current surgical advances. However, in some cases, facilities for this major surgery may not be available or the surgery may not be immediately possible. Therefore, a communication is established between the two sides of the heart so that some amount of mixing of blood occurs as a temporary measure until definitive repair can be undertaken. This process is achieved through balloon atrial septostomy.

In fetal life, there is an opening in the atrial septum called foramen ovale that connects the two atria. The opening closes soon after the baby is born. In atrial septostomy, with the help of a catheter with a balloon at the end, the foramen ovale is kept open. This allows some oxygenated blood to move from the right side to the left side of the heart, which is then transported to the body. This provides some respite to the baby, who can survive until a major procedure is undertaken.

Atrial septostomy can also be done in adults suffering from a condition called pulmonary hypertension with right-sided heart failure who cannot be treated by other methods and are waiting for heart transplant. Pulmonary hypertension is a condition where there is excess blood pressure in the lung circulation. It creates excess load on the right side of the heart and can lead to right-sided heart failure.

Atrial septostomy is used as a temporary relief procedure for patients with pulmonary hypertension. Here, an opening is made between the two atria, so that the blood from the right side of the heart moves partly onto the left side, and relieves some of the pressure on the right side. The procedure used is a slight modification of balloon atrial septostomy.


What is the Procedure for Balloon Atrial Septostomy?

The catheterization procedure for balloon atrial septostomy is done under the guidance of transthoracic echocardiography or fluoroscopy under general anesthesia or sedation.

Balloon atrial septostomy is done before the child is 2 to 3 weeks of age when the atrial septum is thin. A catheter with an inflatable balloon at the end is introduced into the body through the femoral vein in the leg or the umbilical vein. If both are not possible, the transhepatic route is used.


What are the Modifications of Balloon Atrial Septostomy?

Balloon atrial septostomy is usually done in only very small infants. However, a modification of the procedure can be used in older children and adults, where the atrial septum is thicker. The modified procedure finds its usefulness in conditions like hypoplastic left heart syndrome and pulmonary hypertension.

In the modified procedure, a small blade is attached to the end of the catheter so that it can cut through the atrial septum and make an opening. The procedure is then followed by balloon atrial septoplasty.

A stent may be inserted to keep the newly-created opening patent. Perforation may also be achieved using radiofrequency.


What are the Complications of Balloon Atrial Septoplasty?

Complications that could possibly occur due to balloon atrial septoplasty include the following: 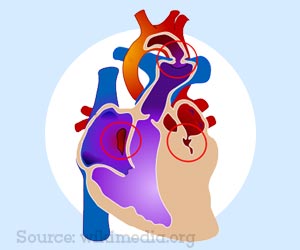 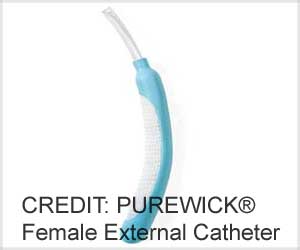 Pain Reduction and Risk of Infection for Catheter Users
Researchers have developed a new antimicrobial coating that can be applied to urinary catheters and other medical devices to significantly reduce pain and lower the risk of infection for its users.
READ MORE

Link Between Catheter Ablation and Reduced Dementia Risk Identified
Maintaining the regular rhythm of the heart with successful ablation, and not ablation itself, that may contribute to a lower risk of dementia in patients with atrial fibrillation.
READ MORE