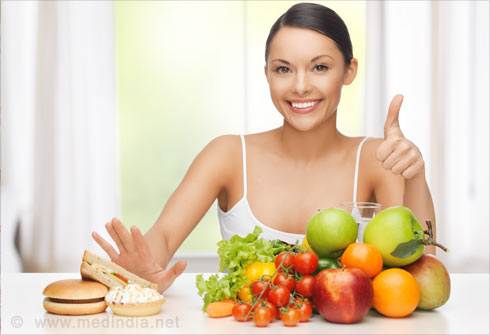 Everyone has heard of diabetes and has a basic idea of what it means to live with diabetes. The common perception is that diabetics simply need to avoid sugar and sugar rich foods like chocolates, candies and the likes, but the truth is slightly more complicated. This statement often raises looks of consternation and it begs the question, 'what should a diabetic eat'? While the list of foods to be avoided may seem endless, there are plenty of healthy food choices that you can make. To begin making healthy dietary choices however, you first need to know which foods to avoid when you are diabetic. 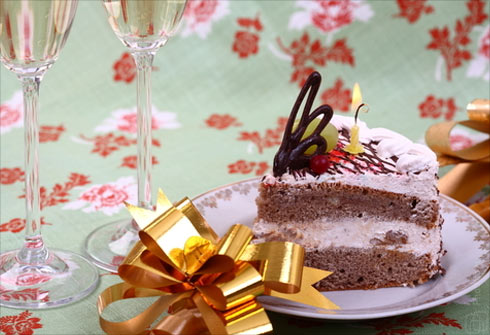 Sometimes the usual suspects are actually guilty ! Sodas, sweets, desserts, pastries and any foods that have sugar as the primary ingredient top the list of any foods to be avoided by diabetics. Such sugar rich foods are low-quality carbs and can cause sharp spikes in blood sugar levels. They are also a leading cause of obesity and weight problems, which contribute to diabetes. Instead of such unhealthy choices, opt for high-quality carbs that are to be found in fresh fruits like apples, pears, blueberries and so on. 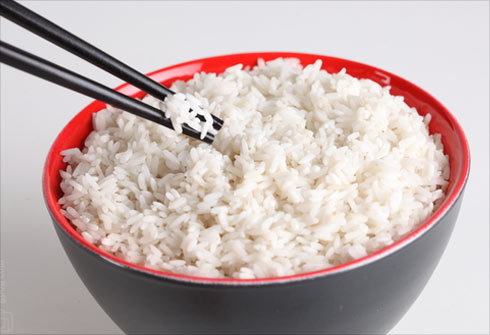 White rice may appear innocent enough but it's one of the worst possible foods for a diabetic. According to some studies high consumption of white rice can even greatly increase your risk of developing type 2 diabetes. White rice, has little fiber or nutritional value and is simply starch. In other words it's just as bad as ingesting sugar. As white rice is digested it works in the same way, causing a spike in blood glucose levels. If you must have your bowl of rice, try switching to brown rice, which is actually very healthy. 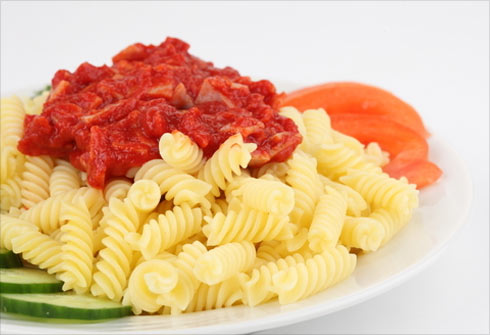 Like white rice, white pasta is also a product of refined and processed grain. It is made from white flour, which is an easily digestible starch. It rapidly increases blood glucose levels as it is digested quickly. It also has a number of ill effects - hunger returns fairly swiftly, which is why it promotes and increases the likelihood of overeating. While that in itself is bad and increases the risk of diabetes the blood glucose impact from its consumption is greatly increased when overcooked. 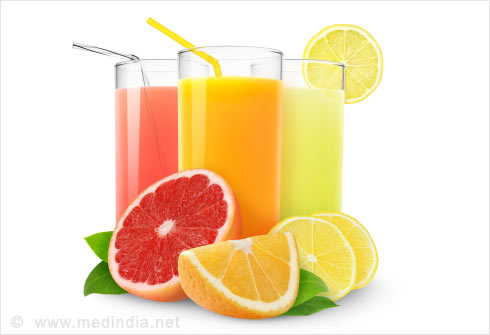 Fruits by and large are considered healthy and most of them are also safe for diabetics. Fiber rich fruits like apples and oranges are especially healthy. Whole fruits like these are considered to be a healthy source of high quality carbohydrates. Fresh fruits will give you a lot more fiber and leave you feeling full for longer. Processed foods are almost always unhealthy and processed foods made from fruits are no exception. Fruit juices may contain a lot more nutrition as compared to colas, sodas and other aerated drinks, but they generally contain higher concentrations of fruit sugar, which can also cause blood sugar levels to shoot up. 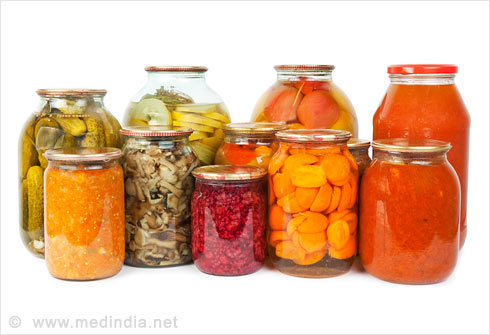 Fruits and vegetables are an essential part of any healthy diet, whether or not you suffer from diabetes. Fresh fruits are at times and in some parts of the world more expensive and not as easily available as compared to canned fruits. Canned fruits are not always the best option however as most canned fruits come packaged in thick sugar syrups that can cause spikes in glucose levels. Rinsing the fruit out in water will not really help, as this will only get rid of syrup on the outside. If you do not have a choice and must use canned varieties of fruits read the labels carefully to make sure that the fruit is packed and preserved in its own juice or water, instead of in syrup. 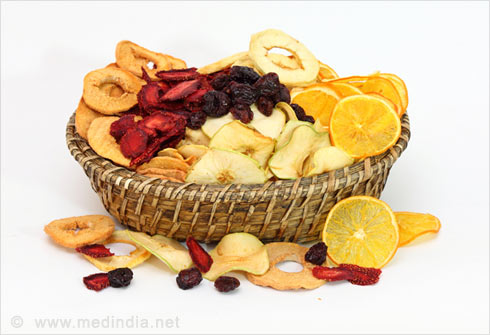 Dried fruits like apricots, figs and raisins aren't just considered a delicacy by many; they are also widely regarded as high quality health foods. While there is no denying the nutritional value of dry fruits they are not the best foods for diabetics. This is because the dehydration process used to produce dry fruits causes them to have high concentration of natural sugars. This may still be safer and healthier than eating a cookie or chocolate donut, but it will still send those glucose levels up. Instead of consuming dry fruits, opt for fruits like grapefruit, strawberries, melons and pears. 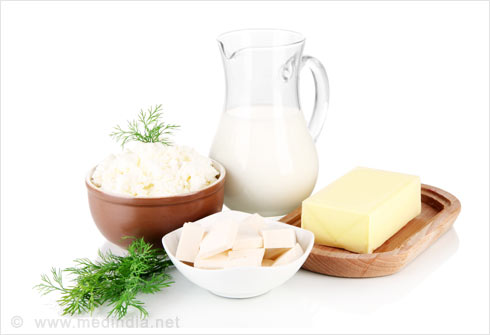 Full fat dairy products sadly continue to play the role of villains as they do in most dietary recommendations. In addition to the dire effects of saturated fats in dairy produce on heart health and weight, saturated fats also pose serious risks directly for any diabetic. While obesity and heart disease already increase the risks from diabetes, the problem of insulin resistance in diabetics is further exacerbated through the intake of saturated fats. Try to avoid full fat dairy products like milk, cream or yogurt and instead look for low fat or fat free produce. 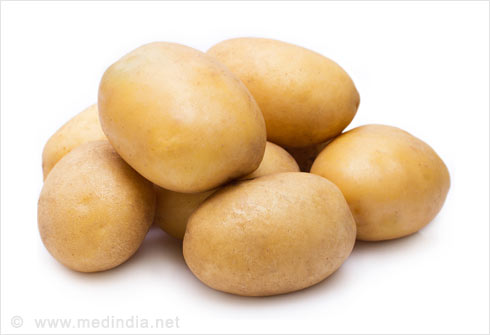 Potatoes are among the few natural foods that you will be advised to avoid. Potatoes may be a healthy source of nutrition to most people, but they can cause blood sugar levels to spike because of high starch content and because they are digested very quickly. If you need to use potatoes in your cooking try and balance the effect by using a healthy cooking oil like olive oil and by adding some other healthy vegetables or leafy greens to the mix. 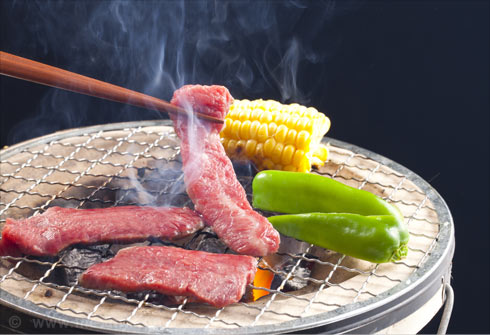 Most people don't really think of meats and steaks when they are thinking of a list of foods that diabetics should avoid. While diabetics need not eliminate meat altogether, fatty cuts of meat should be avoided for the same reasons that one avoids high fat dairy produce. Fatty cuts of meat are high in saturated fats and will raise cholesterol levels and increase the risk of bodily inflammation. Diabetics are already at a higher risk of heart disease as a consequence of their unfortunate health condition and this risk can be greatly compounded through the consumption of such foods high in saturated fats. Lean meats like fish, skinless chicken and turkey are healthier substitutes. 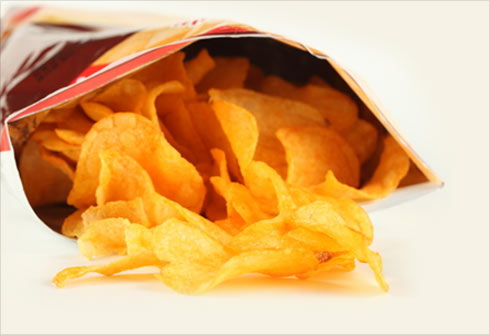 While sugar is the most obvious threat, white flour, high sodium levels and artificial preservatives that are used in most packaged snacks and junk foods also pose a risk to diabetics. Trans fats present in almost all junk foods and packaged snacks, from wafers and chips to tacos and pretzels, pose an even greater risk. Like saturated fats, trans fats increase LDL or bad cholesterol levels while lowering HDL or good cholesterol. This significantly increases the risk of heart disease and the risk is even higher in diabetics. Trans fats are considered to be so great a risk to diabetics that there is no safe lower limit. Diabetics should completely avoid foods containing trans fats. 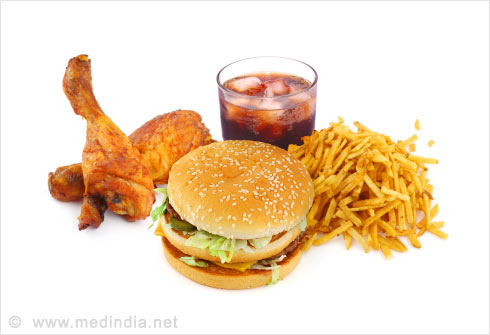 Fried foods like French fries, cutlets, fish fingers and fried shrimp or chicken can be incredibly tasty appetizers, but are not always the healthiest of foods. All deep fried foods absorb an unhealthy amount of oil increasing the calories and multiplying the risk of obesity, cardiac disease and blood sugar spikes. What's even worse is that in many restaurants and eateries these foods are fried in hydrogenated oils, which means that they are high in trans fats as well! Giving up such foods is easier said than done, so as an alternative try to prepare home instead, using olive oil and stick with a very small serving as a tasty treat on rare occasions. 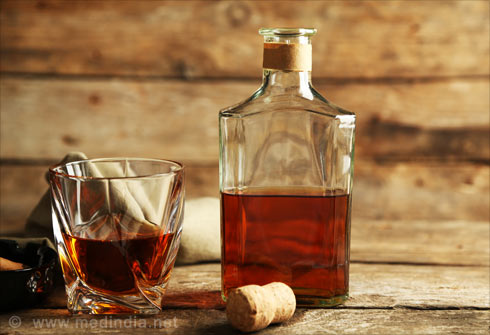 Alcohol consumption can pose a serious risk to diabetics as alcohol directly interferes with blood sugar levels. If you are among the many who believe that quality of life is measured in terms of alcohol consumption or that life is too short to be denied such small pleasures then check with your doctor before doing anything rash. Very small amounts of alcohol and on rare occasions may not pose much of a risk, but moderation is the key. The exact amount of alcohol that is safe for consumption will depend on the severity of your condition and other health factors. 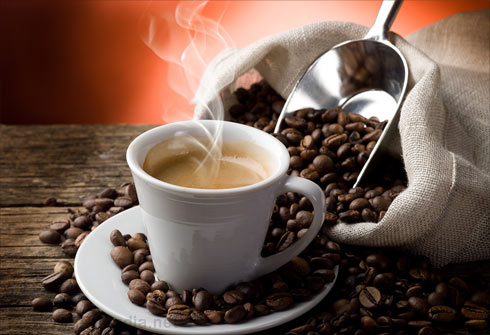 Caffeine addicts should be warned that many so called 'high quality' blended coffees are doused in syrup, sugar and other toppings like whipped cream that could make the calorie intake and fat content higher than that present in most milkshakes. If you must get your caffeine fix try to have low fat milk coffees at home instead. 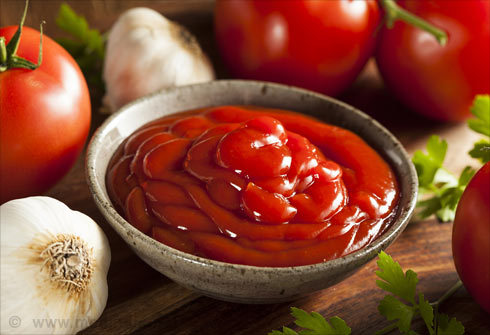 Most of us regard ketchup as just another kitchen ingredient that is not really harmful. While homemade ketchups may offer some health benefits, most ketchup sold in stores contain some form of sweetener making them a health hazard for any diabetic. Some manufacturers even try disguising the presence of sugar with jargon like malt syrup, fructose corn syrup and evaporated cane juice. Diabetics should beware, as they are all forms of sugar that will raise blood glucose levels. 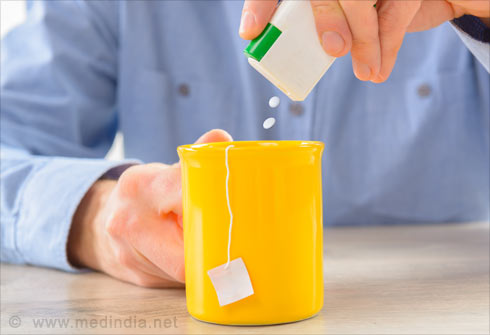 The natural alternative to having sugar and chocolates would appear to be using artificial sweeteners in tea, coffee and desserts. Unfortunately, there is nothing natural about using artificial sweeteners. While some of them contain chemicals that are downright hazardous, others that are not as dangerous will still work to greatly increase the risk of diabetes if you don't already suffer from the condition, as they slow body metabolism and increase the accumulation of fat.
<< Sugar Rich Natural Foods
Top 8 Healthy Indian Breakfast Ideas >>

Top 9 Diabetes Diet Myths Are you a Diabetic? Myths about food restrictions put you away from enjoying your meal? Here are a few facts and hints to help you make wise food choices.

Diabetes Insipidus Diabetes insipidus (DI) is a rare condition where the kidneys cannot retain the appropriate quantity of water.

Remedies to Treat Diabetes Naturally An article about the natural remedies available at home to treat diabetes effectively and efficiently.

Worst Mistakes Parents Make When Talking to Kids
View all