Written by Dr. Reeja Tharu, M.Phil.,Ph.D
Medically Reviewed by The Medindia Medical Review Team  on May 21, 2020 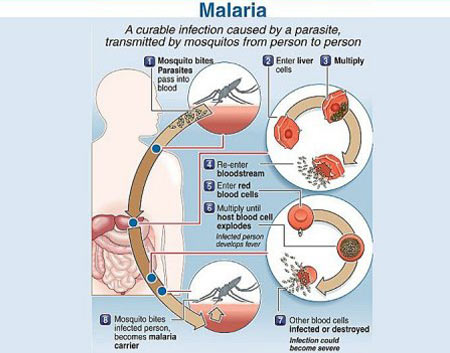 A global plan was launched on Wednesday by the World Health Organization to halt the spread of resistance to artemisinin, a key compound of new malaria drugs, with a warning that not acting would be "catastrophic."

"It is no exaggeration for me to say that the consequences of widespread resistance to artemisinins would be catastrophic," said Margaret Chan, director-general of the UN health agency.

Resistance has emerged in areas on the Cambodia-Thailand border, while a spread to other areas in Cambodia, Myanmar, Thailand and Vietnam is suspected.

In its new action plan, the WHO said more than 175 million dollars in funding would be required for research and to contain the resistance in these areas.

It also urged countries to step up surveillance of drug resistance, saying that in 2010, less than half -- 31 of 75 -- of countries, were routinely conducting tests on the efficacy of malaria drugs.

"The emergence of artemisinin resistance has been a wake-up call. It gives us another compelling reason to step up existing control measures with the greatest sense of urgency," said Chan.

this was wonderfully done