The illness is clinically indistinguishable from conditions such as Influenza, Measles or Rubella. The acute phase of illness lasts for up to 1 week followed by a 1 to 2 week period of convalescence when a patient feels weak, has feeling of being unwell and has loss of appetite.

Fever subsidies in 2 to 7 days followed by signs and symptoms of restlessness along with features of shock.

Hemorrhagic manifestations are prominent in the disease and include anyone or more of the following:

These symptoms when not treated may lead to Dengue . If this condition is not treated immediately it may lead to profound shock and death. Warning signs are , vomiting, change in temperature along with mental irritability.

Clinical Diagnosis of Dengue Hemorrhagic Fever: A simple test for Diagnosis of Dengue Hemorrhagic Fever is done by tying a tourniquet to the arm and looking for any red patches appearing in the forearm or arm. This test is called tourniquet test. Other manifestations of bleeding: from mucosal surface of mouth or injection sites or blood in vomits, black stools may indicate this fever. Other Signs of plasma leakage are accumulation of fluid in the chest or abdomen called pleural effusion or ascites.

Diagnosis of Dengue shock syndrome: In Dengue Hemmorhagic Fever besides the above tests one may find evidence of sudden and rapid development of shock manifested by rapid and weak pulse, and narrow pulse pressures (less than 20).

please inform if age is 54 women, High blood pressure and chronic disease, She has Fever and body pain.She is in ICU for three days.is it advised to get her discharged.Platelet count 1 lac. How severe dengue can be in her condition?
As my Mother in ICU>Please Reply

Dear Yousaf,with Hypertension,another chronic disease,and age above 50,the afebrile period is significant,the patient should be advised about the warning signs for plasma leakaga,i.e, the reduced BP,or reduced pulse pressure[the difference between the upper-systolic and lower-diastolic one,e.g. if it comes down to 100/90.the increased capillary refilling time, the tender liver,and or hemmhorages,reduced urinary output,blood in vomiting,altered mentation,increasing respiratory disconfort. All these may indicate her transition towards shock,which is actually far more important than platelts,particularly in absence of internal or external bleeding . Observe your patient for all this,and then decide about discharge. Regards . P-dopp Peoples Doctors @ facebook.

The platelet count is not the only important determinant of bleeding.


Indications for blood/platelet transfusion as recommended in clinical practice guidelines are:

In cases with significant clinical bleeding, which require blood transfusion. Usually bleeding is > 10% of total blood volume (> 6-8 ml/kg of ideal body weight)
In adults with underlying hypertension or coronary heart diseases and platelet 1.3-1.5, which is the result of liver failure: Major contributing factor for massive bleeding.
There is no evidence to support the use of blood components such as platelet concentrates, fresh frozen plasma or cryoprecipitate. Its use could contribute to fluid overload.

Important instructions for treatment of DHF as per WHO/SEARO guidelines:


In case of severe bleeding; give blood transfusion @ 20ml/kg for two hours. Then give crystalloid IV fluids @ 10 ml/kg/hr for a short time (30 - 60 minutes) and later reduce the speed.


If hematocrit falls, give blood transfusion 10 ml/kg and then give crystalloid IV fluids at the rate of 10 ml/kg/hr. The volume of blood administered should be just enough to raise the red blood cell concentration to normal. 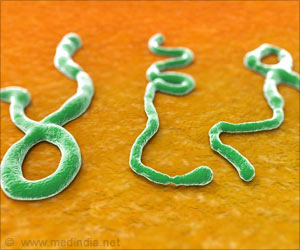