What is Zika Fever?

So one day you develop flu-like symptoms, nothing alarming right? But the next thing you know is that you have severe joint pains and a red, bump-like rash on your body. After a series of tests, you are diagnosed with something known as Zika Fever. The symptoms of Zika disease can resemble mild case of the flu, but it can lead to serious complications such as paralysis.

Zika fever is an illness caused by a single-stranded RNA virus called the Zika virus (ZIKV). This virus belongs to the genus Flavivirus, family Flaviviridae, from the Spondweni group.

Initially it was isolated in 1947 from a monkey in the Zika forest, Uganda and after that in mosquitoes (Aedes africanus) in the similar forest in 1948; after that it was found in a human in Nigeria in 1952.

Zika virus needs a host to infect people, that host is the mosquito. Humans are mainly infected through the bite of an infected mosquito belonging to the Aedes genus, mostly Aedes aegypti found in the tropical regions. When a mosquito bites a person already infected with the Zika virus, the mosquito contracts the virus and gets infected. These infected mosquitoes can spread the viral infection to other people through bites. These are the same mosquitoes which spread chikungunya, dengue, yellow fever and West Nile virus.

Zika fever is a tropical disease, which is carried from person to person by mosquitoes and has been linked to birth defects in newborns. In Brazil outbreak of microcephaly has been linked to Zika virus. Microcephaly is a neurological condition in which a child is born with a smaller-than-normal sized head and impaired brain development. According to recent reports, Zika virus can be transmitted through sexual intercourse and also through blood transfusion in humans. The Institut Pasteur in French Guiana has sequenced the complete genome of the Zika virus.

The countries currently affected by the virus include, Brazil, South America, Bolivia, Colombia, Paraguay and other tropical countries. It has recently spread to the United States and in Europe such as Denmark and Switzerland.

1. Zika Virus May Follow a Cyclic Pattern Similar To Dengue

What are the Causes of Zika Fever?

The mosquitoes lay their eggs in unhygienic and in all stagnant water areas such as flower pots, vases, tree holes, used tyres, open containers, bowels, buckets, etc. They are ferocious daytime biters and stay indoors and outdoors near people.

What are the Symptoms of Zika Fever?

The clinical manifestations of Zika fever are similar to those of dengue and chikungunya. The incubation period is generally from 3 to 12 days after being bitten by an infected mosquito and acute symptoms typically resolve within 4 to 7 days with no serious complications and very low possibility of hospitalization.

The following symptoms usually occur about two to seven days after the mosquito vector bite:

It is believed that, but not confirmed that Zika fever can morph into Guillain Barre Syndrome. It is an autoimmune disorder and can cause paralysis, severe pain, loss of bladder control, difficulty breathing and sometimes death.

How do you Diagnose Zika Fever?

How do you Treat Zika Fever?

Tips for Infection Control and Prevention

There is no specific treatment against Zika fever.

Treatment is directed mainly to relieve symptoms using antipyretics and analgesics. Acetylsalicylic acid and non-steroidal anti-inflammatory drugs are not recommended due to the increased risk of hemorrhage.

United States Reports the First Case of Zika-Linked Brain Damage in Hawaii
US has reported its first case of a newborn suffering from brain damage linked to the mosquito-borne Zika virus that has caused birth defects in Latin America.
READ MORE

Mosquito That Spreads Dengue and Chikungunya Responsible for Transmitting Zika Virus
The Zika virus is endemic in West Africa. The Jamaican government is working on a public education campaign to raise awareness about the virus.
READ MORE 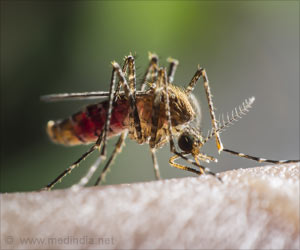