Injuries are a part and parcel of any sport, more so for a game like football. Below are some of the common injuries seen during a game of football.

Football has seen some severe injuries on the field over the years. With adrenaline rushing and the opponent looking to play foul, football is an ideal setting for injuries. The World Cup has seen all sorts of injuries from head injuries to severe fractures. In case you are wondering about the type of injury faced by your favorite player, the below article may interest you. It lists out some injuries commonly seen on the football field.

The head injury of Alvaro Pereira from Uruguay in the World Cup match against England recently made headlines. This head injury did not have severe consequences but has brought forth the conditions under which football players play. The Uruguay midfielder got a hit on his temple, which left him unconscious. But he soon returned to the field to continue his game.

Football players commonly suffer from a head injury called concussion. It may leave the player temporarily unconscious, and he may suffer from some neurological deficits later. Though the players often fully recover, it is important for the player to go off the field, be properly evaluated and rest till he is completely back to normal. A concussion may also be associated with bleeding in the brain, which can be fatal.

Fractures are the most commonly expected and observed injuries on the football field. A recent example was that of Hector Moreno from Mexico, who fractured his tibia, a bone of the leg, in a match against Netherlands. Though the lower limb is more commonly fractured due to obvious reasons, hand fractures are also seen in football. A recent victim was Michael Babatunde of Nigeria, who fractured his wrist when the ball hit him in a match against France.

The leg has two bones, the larger tibia and the thinner fibula; these are commonly fractured during falls. A fracture could be a closed fracture, where the skin is intact, or an open fracture, where the skin is broken resulting in an open wound. A comminuted fracture is one where multiple small pieces of the bone are formed. In some cases, the fracture has been severe enough to force retirement of promising players.

The ankle and knee joints are commonly sprained during football, owing to the twisting movements of the lower limb. Gianluigi Buffon, the Italian captain, suffered from a sprained ankle during a training session; getting an injury while not on an active match may be even more disappointing!

A sprained joint shows the features of pain, swelling and limitation of movement. It could also result in tearing of important ligaments, which will prolong healing time. A particularly feared injury is the tear of the anterior cruciate ligament of the knee, which requires a long time to heal.

Injury to the muscles of the posterior thigh, known as the hamstrings, are also a common occurrence during a football match. The injury can range from a simple pull to a tear in the muscle. Another muscle tear that has been observed in the groin muscle. Nigel de Jong of Netherlands suffered this injury in a match against Mexico.

Football over the years has seen several severe injuries. A notable example was that of Patrick Battison of France. During a semifinal match against West Germany in the 1982 World Cup, Battison received an impact on his face that made him unconscious, damaged his vertebrae, broke his jaw and made him lose three teeth.

However, it must be noted that quite often, footballers feign injuries so that the opponent is given a foul. Thus, if you see a player rolling over and wincing with pain, you need not always feel sorry for him. It could just be a part of his tactics that he has carefully practiced, sometimes during practice sessions! Again, some football injuries are so serious that it is difficult to shrug our shoulders and say, Its all in the game. 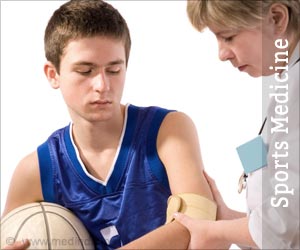 Head Injury
Head injury or traumatic brain injury is a leading cause of disability among children and young adults that leads to varying degrees of physical and mental stability. Fortunately, it is also one of the preventable brain disorder.
READ MORE
Sign up for Wellness Consult a Doctor Sign up for Selfcare