What Medical Tests should you expect during Your Pregnancy?

What are Prenatal Tests?

During the pregnancy, several tests are carried out on the mother depending on the level of risk that the mother and the baby are exposed to. The number of recommended tests vary in different countries depending on the resources available. If there is a chance of a problem to either of them, additional tests are advised beside the routine ones.

Some baseline tests like blood and urine tests are conducted at the first prenatal visit. There is always a preference for non-invasive tests for prenatal screening as compared to invasive tests. As the pregnancy progresses, tests may be recommended based on the requirement. Therefore, do not be alarmed if your doctor decides to do or skip out any of the tests listed below. Also, it is possible that your doctor may want to carry out some additional test that has not been included in the list.

Tests during each Trimester

Tests that are carried out in the first trimester include:

An abnormal screening result may suggest a risk for chromosomal disease, though further tests are required to confirm the same.

Screening test for cystic fibrosis: This test is sometimes done to find out if any of the parent has a gene for cystic fibrosis but does not suffer from the condition. Tests for the gene are carried out on blood or saliva samples of both, the father as well as the mother.

Chorionic villus sampling: This test is done to detect any genetic abnormalities in the baby as well as to settle issues regarding disputed paternity. A small piece of the placenta is removed with the help of a needle and the DNA is analyzed. This is an invasive test and does carry a slight risk of miscarriage.

Tests done in the second trimester include the following:

Tests done in the third trimester include the following:

Latest Publications and Research on What Medical Tests should you expect during Your Pregnancy? 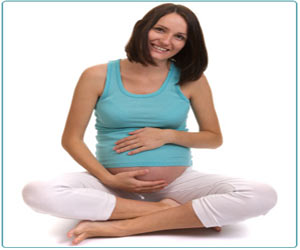 What Medical Tests should you expect during Your Pregnancy? - Related News