Types of female sexual disorder are-

Hypoactive sexual desire disorder is characterized by an absence of libido or the intrinsic lack of desire to have sexual relationship. Persistent or recurring deficiency (or absence) of sexual fantasies/thoughts and sexual activity may sometimes cause personal distress.

Hypoactive sexual disorder may also result from psychological/emotional factors or be secondary to medical problems such as hormone deficiencies, and medical or surgical interventions. Any disruption of the female hormonal system caused by natural menopause, surgically or medically-induced menopause; or endocrine disorders can also result in inhibited sexual desire.

Sexual aversion disorder is characterized by an aversion to or avoidance or dismissal of sexual contact with a partner.

Female sexual arousal disorder is when a female does not feel a sexual response in the body or is unable to keep up the arousal.

Some disorders of arousal include lack of or diminished vaginal lubrication, decreased clitoral and labial sensation, decreased clitoral and labial engorgement or lack of vaginal smooth muscle relaxation. These conditions may occur secondary to psychological factors; however often there is a medical/physiologic basis such as diminished vaginal/clitoral blood flow, previous injury or fracture to pelvic bones, pelvic surgery or sometimes it is a result of medications.

Female orgasmic disorder is defined as the delay or absence of orgasm after normal arousal.

This may be a primary (never achieved orgasm) or a secondary condition, as a result of surgery, trauma, or hormone deficiencies. Primary orgasm can be due to emotional trauma or sexual abuse. Medical and/or physical factors can certainly contribute to the problem.

Dyspareunia is a medical term that indicates genital pain before, during, or after intercourse. In some women, the muscles in the outer part of the vagina tighten when they start to have sex leading to the discomfort.

Dyspareunia can also develop secondary to medical problems such as vestibulitis (inflammation of a gland in the genital area), vaginal atrophy or dryness of vagina or vaginal infection. Dyspareunia can also be either physiological or psychological, or a combination of the two.

Vaginismus is a medical term that indicates recurrent or persistent involuntary spasm of the musculature of the outer third the vagina and this interferes with vaginal penetration.

Vaginismus usually develops as a conditioned response to painful penetration, or secondary to psychological/emotional factors.

Sex is enjoyable expression of love to your lover and plays an important role in strengthening your relationship.

dear this is very serious, contact your gyana ASAP,

Well it's about time that they have something for women, when I told my doctor about my problem, I was told that they could not help, because there was nothing that could be done about it, I would just have to learn to live with it and my doctor at that time was a female. I look forward to trying this new durg.

Even our collegues in modern medicine are not aware of this speciality known as SEXUAL MEDICINE. You should consult a qualified Consultant in Sexual Medicine

Wish you Good Reproductive and Sexual Health
With Warm Regards,

Surrounded by unrealistic portrayals of female sexuality in the media, women often conclude that they are abnormal when they are, in fact, facing a very normal dilemma with sex and their relationships. Instead of reassuring women, sex information today often implies that woman's sexual experiences are dysfunctional. It is also implied that clitoral stimulation solves any problem with orgasm but the truth is that some completely normal women never orgasm with a partner by any means.

Female Sexual could be related mostly with the partner's sexual skills and awaareness. Females are conidered as MOON, which is useful at night. Males do not consider female's sexul feelings.

Wish you Good Reproductive and Sexual Health
With Warm Regards,

well said Dr. chakravarthy.. they both should move in passion then itself they make a memorable love moment in their sexual life.. 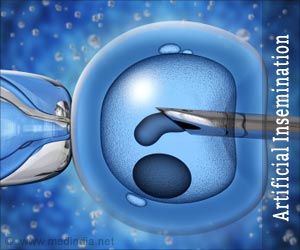 Top Ten Sex Tips for Men
Must read bedroom tips for men on how to give your women an orgasm, relieve her headaches or make her pregnant
READ MORE

Dyspareunia
Dyspareunia is a type of sexual dysfunction where the male or female partner experiences pain during sexual intercourse.
READ MORE