What are the Symptoms of Filariasis?

Filariasis causes no symptoms in the initial stages; the problems start after the adult worms die.

Edema with thickening of the skin and underlying tissues is the classical symptom of elephantiasis. It usually affects the lower extremities. However, the arms, vulva, breasts and scrotum (causing hydrocele formation) can also be affected.

The edema in the extremities, breast or genital area can result in the part becoming several times its normal size and is due to blockage of the vessels of the lymphatic system.(4Filariasis : Symptoms, Causes and Management

Symptoms of subcutaneous filariasis include:

Symptoms of serous filariasis include: 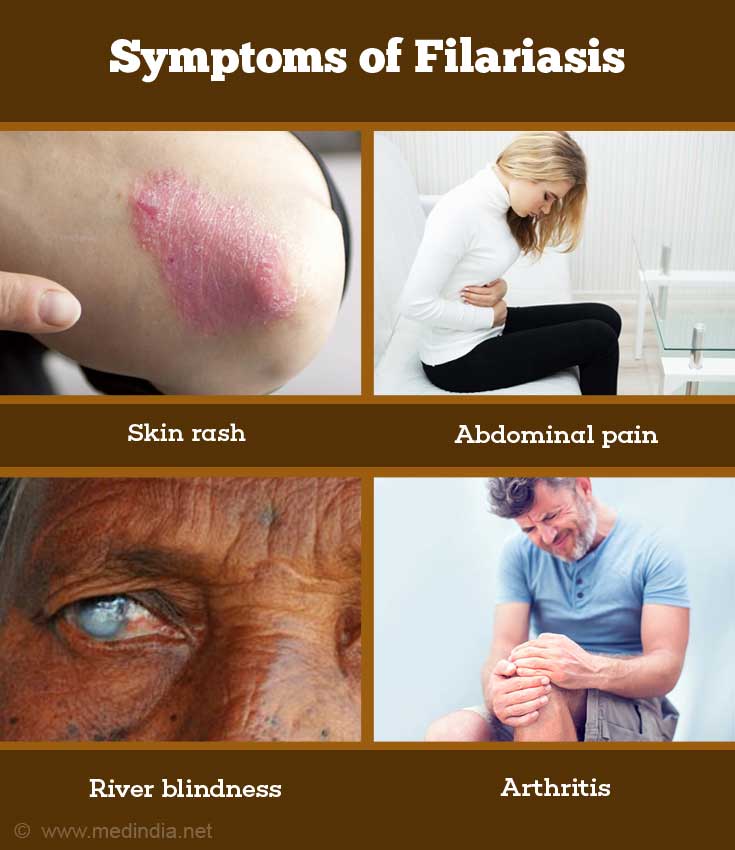 I have a swollen legs since I am 10 years old as it increasing gradually till now am 30 years. i under go filariasis midnight test when i was 11 and the results became negative. deciding to take another test at this moment and the result came positive. what is your advice for this? what is the best medicine I should take to recover?

My Mothers age is 58 years old. As per doctor's assumption she is suffering from fialria disease. Her one of leg is very heavy which is 3 times the other difficult . Not able to sit in floor also very difficult to walk. Before 4 months , she has suffered from kidney probelm , where dialysis has done 7 times . After that the legs are swollen. We want to know where the treatment and diagnosis is happening

i am 30 years old, I am not sure but i think i am suffering from filaria, because last 6 month my left hand and breast very tight and swelling so plz give me suggestion.

Encephalitis - Causes, Symptoms, Diagnosis, Treatment & Prevention Encephalitis is the inflammation of the brain, mostly caused by viruses. Though rare, it is a serious condition and needs urgent treatment in a hospital.

Malaria Malaria is caused by a parasite that enters blood through the bite of an infected mosquito. It is characterized by fever, vomiting, shivering, sweating and other symptoms.