What are the Causes And Risk Factors of Renal Cell Carcinoma?

What are the Causes and Risk Factors of Renal Cell Carcinoma?

Renal cell carcinoma (RCC) can occur sporadically or in a hereditary fashion. In Europe, the incidence has gone down mainly because of the reduction in the number of people who smoke.

In both the forms of renal cell carcinoma, the short arm of chromosome 3 (3p) is involved in the pathogenesis of the disease. Genetic studies carried out on high risk family groups have revealed that mutations in the tumor suppressor genes, such as VHL or TSC, or in the oncogenes such as MET, leads to the initiation of the disease. The incidence of kidney cancer in the United States rose by 2% between the years 1975 -2006. However in Europe, mostly Scandinavian countries, the incidence has gone down mainly because of the reduction in the number of people who smoke.

Although the exact cause is unknown, there are a number of environmental and hereditary factors that increases a persons risk for renal cell carcinoma. They include family history, high blood pressure, long-term dialysis, smoking, having horse- shoe kidney, polycystic kidney disease or Von Hippel-Lindau disease (a hereditary disease that) and tuberous sclerosis.

Cigarette smoking almost doubles a persons risk for RCC and is seen to be the contributing factor in almost one third of all cases. The risk is dose-dependant.

Kidney transplant patients are also at some risk for RCC, especially if the original kidney acquires renal cystic disease.

Usage of phenacetin-containing analgesia in large quantities or long-term use of non aspirin nonsteroidal anti-inflammatory drugs (NSAIDs) is also believed to put the user in a state of higher risk.

Four hereditary syndromes have been linked to the occurrence of renal cell carcinoma. They include - 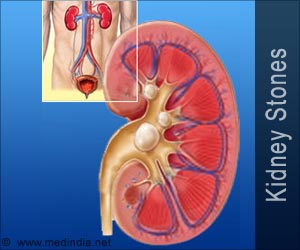 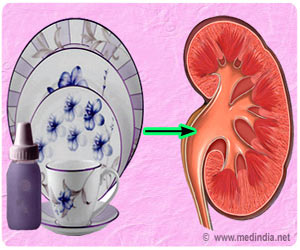 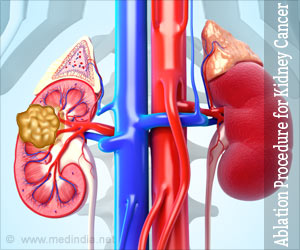 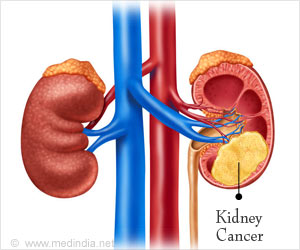 Nephrectomy - Surgical Procedure
Nephrectomy is a surgical procedure in which a whole kidney or a part thereof is removed by a traditional open nephrectomy procedure or by laparoscopic surgery.
READ MORE