Those taking part in contact sports like football often suffer brachial plexus injury when the nerves get excessively stretched.

The upper part of the brachial plexus often gets damaged where the shoulder is forced down and the neck stretches away from the injured shoulder. The lower nerves become vulnerable when ones arm is forced above the head.

The causes of brachial plexus injuries may be:

Contact sports: Those taking part in contact sports like football or wrestling often suffer brachial plexus injury when the nerves get excessively stretched during collision with other players.

Obstetric causes: In difficult childbirths, when the infants shoulders get wedged within the birth canal (shoulder dystocia), the baby is forcibly pulled out. This may damage the brachial plexus, often injuring the upper nerves leading to a condition called Erbs palsy. Total brachial plexus injury may also ensue if the upper and lower nerves get damaged.

Parsonage-Turner syndrome or brachial plexitis: This is a rare condition that causes inflammation of the brachial plexus with no apparent shoulder injury. The exact cause is unknown; the condition often resolves by itself.

Persons participating in contact sports (esp. football, wrestling), as well as those involved in high speed accidents, are at risk of brachial plexus injuries.

Mothers who are diabetic or obese, those whose ultrasound scans revealed fetal macrosomia (big baby) may face difficult child birth during vaginal delivery (this is not to say that cesarean section is unavoidable. The decision should be made by an Obstetrician/Gynecologist). 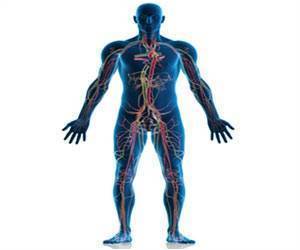 Success of Nerve Transfer Surgery Highlighted By JAAOS Study
Some patients suffer long-term impairment from nerve injuries that could have been fixed, because many physicians are unaware of nerve transfer surgery.
READ MORE