What is Transvaginal Ultrasound?

Transvaginal ultrasound is a diagnostic radiological procedure that helps in understanding the structures of the female pelvic organs like uterus, cervix and ovaries and shows up any abnormal growth within these organs. Transvaginal sonogram, when done during pregnancy, gives information about the formation and growth of the fetus and the surrounding areas. 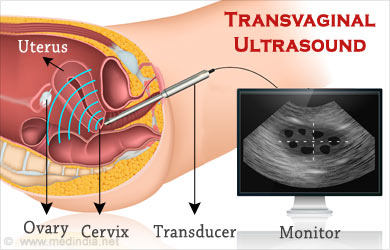 The procedure of transvaginal ultrasound is done by inserting a probe or transducer inside the vagina, usually covered with a new and sterile condom. The ultrasound waves travel across the vaginal wall to study the tissues and organs beyond it.

The sonography images of a transvaginal ultrasound give information about the structures of the uterus, growing fetus if any, abnormal growth in the uterus, other reproductive organs like cervix, ovaries etc and also position of the intrauterine devices used for contraception.

High frequency sound waves are emitted by a probe that is inserted into the vagina. These sound waves bounce off the surrounding internal organs, creating images of their structures. These sonogram images can be seen on a monitor.

Why is Transvaginal Ultrasound Performed?

The following conditions are the indications for a transvaginal ultrasound procedure: 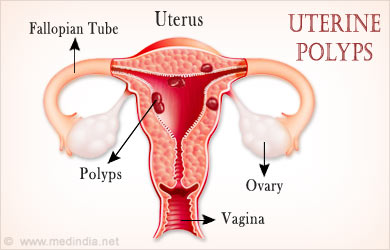 Transvaginal ultrasound during pregnancy can give information about: 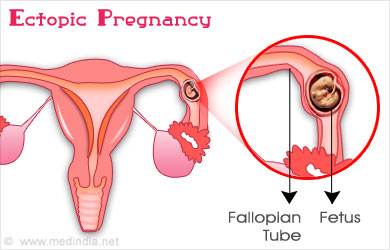 Preparing for a Transvaginal Ultrasound Procedure

The woman undergoing a transvaginal sonogram would need to undress from the waist down for the procedure, though the feet and legs will be covered with a sheet.

A little discomfort may be felt and some women report a mild pain after the procedure. However, probe insertion can be made easier if the woman is relaxed. Taking deep breaths when probe is being inserted can help relax.

The procedure can be done even during the menstrual cycle or during any spotting. However, if a tampon is in place, it has to be removed before the test.

The examinee is made to lie on her back on the testing table, with the knees bent and feet placed in stirrups. The probe will be covered with a condom, which in turn will be lubricated with gel. This probe is inserted into the vagina, and may be moved a little to see the pelvic organs.

The sound waves that bounce off the internal organs are transmitted to a computer. These waves create images that are seen on the monitor. 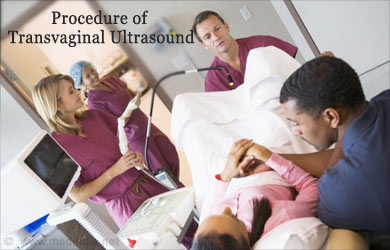 The examination typically takes about 15 to 30 minutes. The doctor will move the probe a little inside the vagina to get different views of the pelvic organs. The doctor may note down some readings and store some images for future reference.

Some women may experience cramping or spotting during or after the procedure. Sometimes, pain killers may be prescribed by the doctor. This procedure is not done during pregnancy.

Who does the Procedure of Transvaginal Ultrasound?

Most of the time, the gynecologist performs the transvaginal ultrasound procedure for specific problems in women and for pregnant women. Sonographers may perform the procedure in the presence of the family doctor or gynecologist, so that they may specify if any particular readings or images need to be noted and stored for future reference. 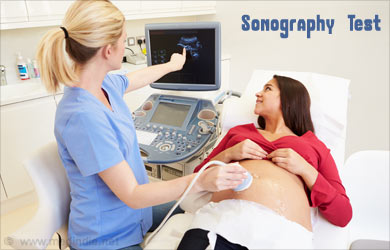 Sonographers are health professionals who are specially qualified to perform sonography procedures of various sites of the body. The procedure is usually performed in the radiology department of the hospital. The examination is performed in privacy of a room that may be dimly lit for the examiner to see the images more clearly on the screen.

Significance of Results of Transvaginal Ultrasound

The readings and images noted down during the procedure of transvaginal sonogram could reveal a lot of information about the structure, pathophysiology and abnormalities in the pelvic organs.

Normal Results of the Transvaginal Ultrasound during Pregnancy

6-8 weeks of pregnancy: The gestational sac is seen along with the growing embryo and yolk sac. Heartbeat may or may not be detected during this period. The doctor can check for and also the length of the cervix.

8-10 weeks of pregnancy: Heartbeat of the baby and the amount of fluid around the baby is more clearly seen. The area around the gestational sac is examined by the doctor. 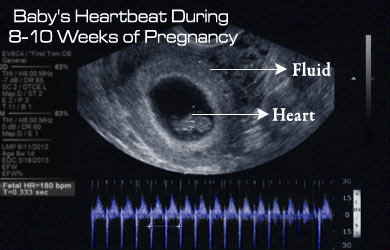 10-12 weeks of pregnancy: Head, body and limbs are obvious in the sonogram images obtained during 12th week of pregnancy. Abdominal ultrasound is usually performed at this stage, but some doctors may use transvaginal method also. The estimated date of delivery is usually given at this stage after taking the measurements of the baby.

When is the Test Results Revealed?

The results of the test may be announced immediately or kept aside for senior doctors to comment on them. The waiting time for receiving the written report depends on: 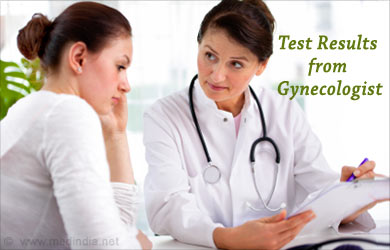 There are no known risks of transvaginal sonography as there is no radiation involved. However, the following conditions are contraindications for the procedure.

Polycystic Ovarian Syndrome
Polycystic ovarian syndrome is the most common hormonal disorder among women of reproductive age and can cause infertility.

Quiz on Ovarian Cancer / Cancer of the Ovary
Ovarian cancer is a cancer that does not produce definite symptoms. Here are a few questions that you could attempt to answer to check your knowledge on ovarian cancer. ...

Uterine Cancer
Uterine Cancer or Cancer of the Uterus (or Endometrial Cancer) refer to cancers affecting the uterus or the womb in women. Learn about the different types of uterine cancer, symptoms, staging, diagnosis, prognosis, treatment, survival rates and ...

Miscarriage
A miscarriage (spontaneous abortion) is the spontaneous loss of a fetus before the 20th week of pregnancy.

Ectopic Pregnancy
When the fertilization of the ovum occurs in a place other than the uterus, the condition is called ectopic pregnancy. This is a life-threatening condition, ectopic pregnancy surgery can help.

Fibroids in Uterus
Uterine fibroids are non-cancerous tumors that take origin from the myometrium and the neighboring tissue of the uterus. Uterine fibroids cause abnormal vaginal bleeding and pelvic pain.

Pregnancy Weight Gain Calculator
Calculate your weight gain during pregnancy and find out the ideal weight gain limit for your month of pregnancy.

Ultrasound During Pregnancy
Ultrasound during pregnancy is a non-invasive procedure and is an integral part of the fetal monitoring during the pregnancy.

False Pregnancy / Pseudocyesis
Pseudocyesis, or false pregnancy, is when a woman believes that she is pregnant, experiencing symptoms just like that of a pregnancy such as cessation of the menstrual cycle and morning sickness.
Sign up for Wellness Consult a Doctor Sign up for Selfcare
Health Topics A - Z
A B C D E F G H I J K L M N O P Q R S T U V W X Y Z