Vaccination has turned out to be a boon for mankind. Childhood immunization has protected children from several deadly diseases, and is in the process of eliminating several diseases. Smallpox has been unheard of since the last few decades.

Polio is also on its way out. Unfortunately, newer ailments are also appearing, making vaccine research an important and continuous process.

Myth 1:Vaccines can cause sterility.

Fact: The statement that vaccines cause sterility is a myth. If you do a little bit of online reading on the subject, you will find several convincing articles that vaccines like oral polio vaccine cause infertility. This is one reason why some parents avoid the oral polio vaccine in their children, which is interfering with the elimination of the virus. However, this is only a myth and vaccines are not associated with any fertility issues. Awareness and involvement of local community leaders before vaccine administration can help dispel some of the fears regarding vaccines and make vaccination programs successful. Any information should only be obtained from reliable sources.

Myth 2: Once a vaccine dose is missed, it should not be given at a later date.

Fact: If a child or an adult misses a vaccine, the vaccine should be given at a later date. It is better to be late rather than skip a dose.

Myth 3: Most new vaccines have not been adequately tested.

Fact: Vaccines are introduced in the market only after adequate testing. As new diseases become increasingly common, it is necessary to increase a persons immunity with new vaccines so that they can handle any infection. In fact, even after the vaccines are introduced for use, they are monitored for any adverse effects that could arise from their use in large populations.

Myth 4: Chicken pox vaccine should be administered to adults even if they have suffered from chicken pox in their childhood.

Fact: Once a person has suffered from a chicken pox infection, they are immune for life and does not require a vaccine. Thus, the infection itself acts as a vaccine. However, since the disease may be associated with complications, vaccination is a better option.

Myth 5: Vaccines in adults are not important.

Fact: Vaccines prescribed in adults can save several lives. The flu vaccine protects several elderly from complications like pneumonia, which otherwise can be life-threatening. The HPV vaccine given in adolescent girls protects them against cervical cancer which is a common killer among women.

Myth 6: Regular homeopathic treatment can act as a vaccine and prevent infections.

Fact: There is no substitute for vaccination. Neither allopathy nor any of the alternative fields of medicine have any alternative that is as effective as vaccination against deadly diseases.

Myth 7: Since polio is almost eradicated, I can stop vaccinating my child.

Fact: It is a fact that polio is being eradicated; however, unless it is officially declared as eliminated, vaccination should not be stopped. In fact, the disease is on its last leg and is now present only in 2 countries- Afghanistan and Pakistan. Any break in the administration of the vaccine can result in loss of decades of effort to conquer the disease.

Myth 8: Vaccines contain mercury and aluminium which are toxic.

Fact:Vaccines do contain aluminium or mercury-containing preservative but the amounts used are very little and there is no report of any toxicity caused by them.

Fact: One of the ways in which HIV spreads is through reuse of inadequately sterilized syringes. However, adequate precautions are taken during vaccination to prevent the spread of HIV. Syringes are not reused and are disposed soon after administration of the vaccine.

Fact: Vaccinations are not unnatural. Human body develops immunity after a disease process. Vaccination is nothing but making your children get immunity against the disease without making them actually sick.

Influenza Virus Vaccine
This medication is an immunization agent, prescribed for children aged 6 months and older against influenza caused by influenza ...
READ MORE

A Single Dose of Chicken Pox Vaccine is Not Always Effective
Currently, two doses of chicken pox vaccine are recommended in the United States.
READ MORE 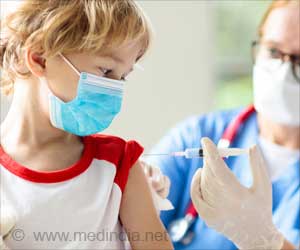 Immunization in Children - Live Attenuated Measles Vaccine
Measles vaccine is attenuated live viral vaccine and it is to be administered subcutaneous immediately after reconstruction. It also needs to be stored between 2 and 8 degree Celsius.
READ MORE

Poliomyelitis
Polio is an infectious disease caused by the poliovirus. It results in paralysis and generally affects people of all age groups, children being more susceptible
READ MORE
Sign up for Wellness Consult a Doctor Sign up for Selfcare