Teething is a process in which a tooth pierces through the gum and appears in the mouth. Babies are born with all 20 primary teeth below their gum line and they start to appear between 6 and 12 months.

In rare cases, newborn babies are found to have teeth on the day of their birth called natal teeth. It occurs 1 in 2000 - 3000 live births.

Natal tooth is often loose and usually removed by the dentist as it may affect breastfeeding and eliminate the aspiration risk.

When does Teething Start?

Teething usually starts when a baby is between 6 and 8 months old but some do not show any teeth till 8 months. If teething starts later, it is usually normal there is no need to worry.

Signs and Symptoms of Teething in Babies

Symptoms usually occur before the appearance of teeth in the mouth. It also differs from one baby to another and most commonly includes the following: 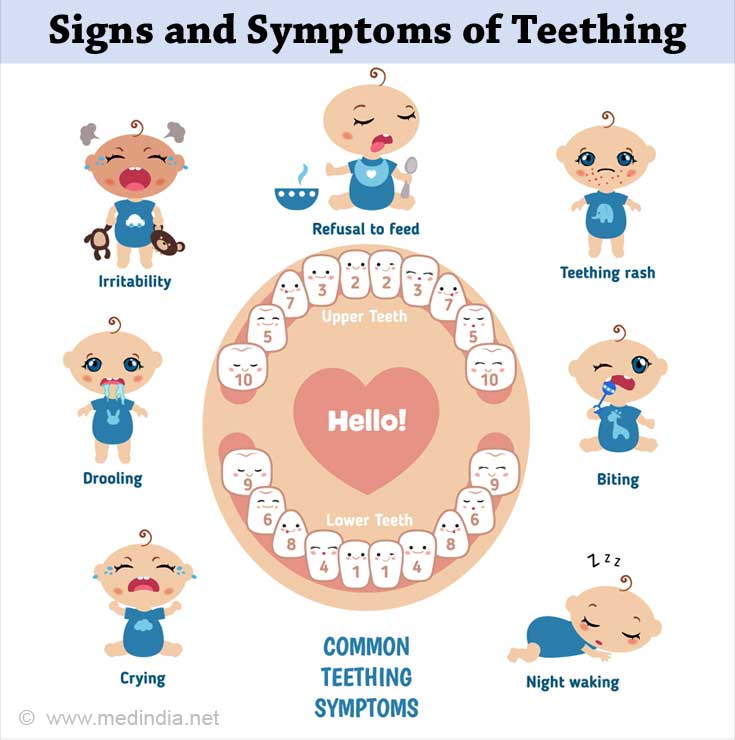 Teething can be painful, but it doesnt make babies sick. Diarrhea, vomiting, rashes on the body, a higher body temperature, and congestion are not typical signs of teething. Consult with a pediatrician if the babys gums are bleeding or any pus or swelling is noticed.

The order in which different tooth appears in the mouth can differ for every baby and may be based on family history. But most of the time, the following pattern is seen: 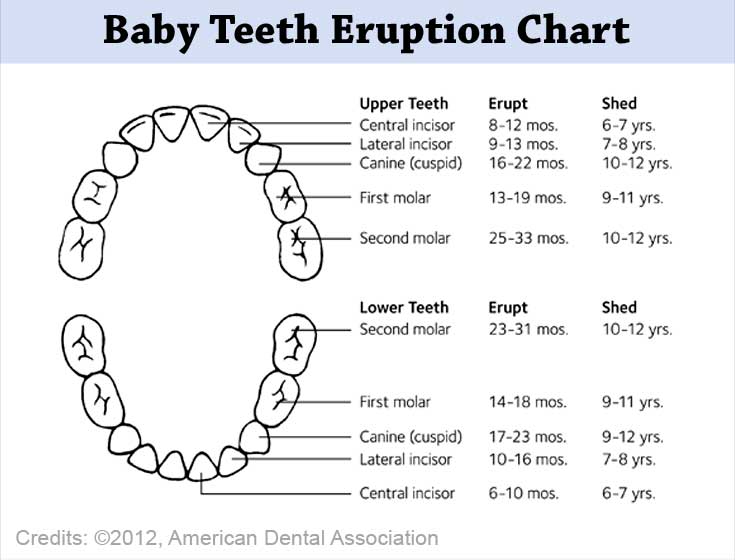 All 20 baby teeth will eventually be in place, usually by 3 years. However, if there has been no appearance of teeth till 9 months then it is best to visit a pediatric dentist.

If baby is clearly uncomfortable, talk to a pediatrician about giving a dose of pain relievers such as acetaminophen (Tylenol) or ibuprofen to relieve discomfort.

You can also apply a teething gel. However, avoid gels that contain choline salicylate and benzocaine. These are not safe for infants, since they can reduce the levels of oxygen in the blood.

General oral pain relief gels are not suitable for children.

Never put anything in the babys mouth that is not specifically approved to help soothe teething. Even some products described as teethers or teething aids arent safe choices, including ones:

How to Care of Babys New Teeth 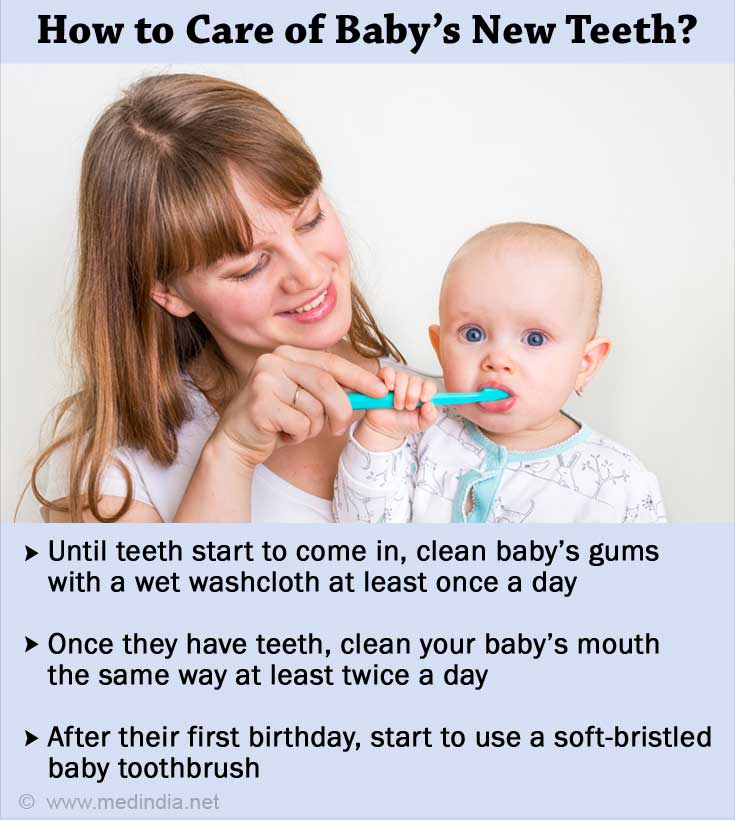 The American Dental Association and the American Academy of Pediatric Dentistry recommend scheduling a child's first dental visit at or near his or her first birthday. Regular childhood dental care helps to set the stage for a lifetime of healthy teeth and gums.

Latest Publications and Research on Teething

Teeth Chart Do you know how many canines or molar teeth you have and what is their function? Find out from this interactive calculator.

Dental Check-Up It is commonly recommended that you visit the dentist twice a year to clean your teeth and gums and also do the basic check-ups.

Quiz on Dental Braces Are you planning to get some braces fitted for your teeth? You can test if you know enough about them by taking this ...