Takayasu arteritis is a type of vasculitis that affects the aorta and its branches.

Takayasu arteritis is an autoimmune disease that affects large and medium sized arteries. In an autoimmune disease, the body produces substances called antibodies that attack parts of the same body. Takayasu arteritis belongs to a group of diseases called vasculitis that has inflammation of blood vessels in common. Its other names are pulseless disease, occlusive thromboaortopathy, and Martorell syndrome.

In Takayasu arteritis, the aorta and its branches are affected. The aorta is the largest artery in the body.  It emerges from the left ventricle of the heart.  A valve called the aortic valve guards the junction between the left ventricle and the aorta.  The valve ensures that the blood moves only in one direction  from the heart into the aorta.  The aorta ascends for a short distance in the chest, then forms an arch and later descends into the abdomen.  These parts of the aorta are the ascending aorta, the arch of aorta and the descending aorta.  Takasayu disease affects any part of the aorta.   Since it affects the aortic arch, it is also called aortic arch syndrome.  It also affects branches of the aorta such as the subclavian (that supplies blood to the arms, head and chest region), common carotid (that supplies to the head region), coronary (that supplies to the heart) and renal (that supplies to the kidneys) arteries.  The pulmonary arteries (arteries that carry blood to the lungs) are also affected.  The disease involves the full thickness of the arterial walls.

Takayasu arteritis affects people all over the world, particularly in East Asia. It usually affects young women between the ages of 15 to 30 years, though it may even occur in infancy. The patient may also suffer from other autoimmune diseases like rheumatoid arthritis, Crohns disease and sarcoidosis.

The exact reason why Takayasu arteritis affects some people is not known. Certain people may be genetically predisposed to developing the condition. An infection may also increase the chances of developing the disease.

Takayasu arteritis causes complications such as narrowing of the artery lumen and formation of clot within the artery.  These complications lead to lack of blood supply to the organ to which the artery supplies.  The arterial wall may thin out and the artery may dilate leading to formation of a sac-like outpouching called aneurysm.  The aneurysm could burst leading to massive bleeding. Death in Takayasu arteritis could occur due to heart failure, heart attack, kidney failure or bursting of aneurysm.

Takayasu arteritis is diagnosed using imaging studies like angiography, CT scan and MRI.  The patient is treated with corticosteroids and drugs that suppress immunity.   Some cases need surgical procedures like angioplasty, stenting and repair of aneurysm.  Patients often undergo relapses and may need repeated treatments.

i was diagnosed with t.a. april 2011,and was in total shock,i had a aorta bypass in july this year,where i had a dracon tube fitted under my ribcage and fed down to where the t.a was,it is at the end of the aorta just where the aorta ends and branches off to the organ,i then had the arteries from both kidneys,bowels and spleen connected onto this dracon tube,its made a difference to my life,but i am still carryin the disease so its still a worry,has anyone else had this done?x

I have takayasu I had an arteriogram done up from the groin area. I get swollen glands a lot and feel dizzy all the time. I have been treated with methotrexate, prednisone and remicaid. I wish it would go away :[

Has anyone heard of treating Takayasu's Artheritis with Helminthic therapy. It is believed that hook worms have a way of calming the body's inflammation response. It has been found to help people with Crohn's, asthma, allergies and other autoimmune diseases but I can't find any mention online of it being used to treat TA. The treatment has not been approved by the FDA and you can't buy the parasites in America. I would appreciate any information anyone might have or the opinion of any medical professionals on the subject. 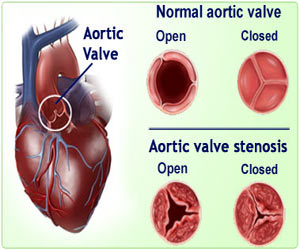 Atrial Septal Defect or ASD - Animation
Animation and slides of 'Atrial septal defect (ASD)' illustrating the dynamics and treatment of the abnormal hole in septal wall of upper chambers of the heart.
READ MORE 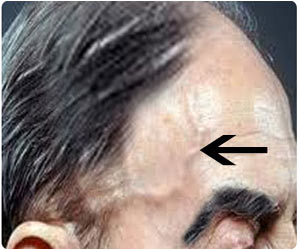